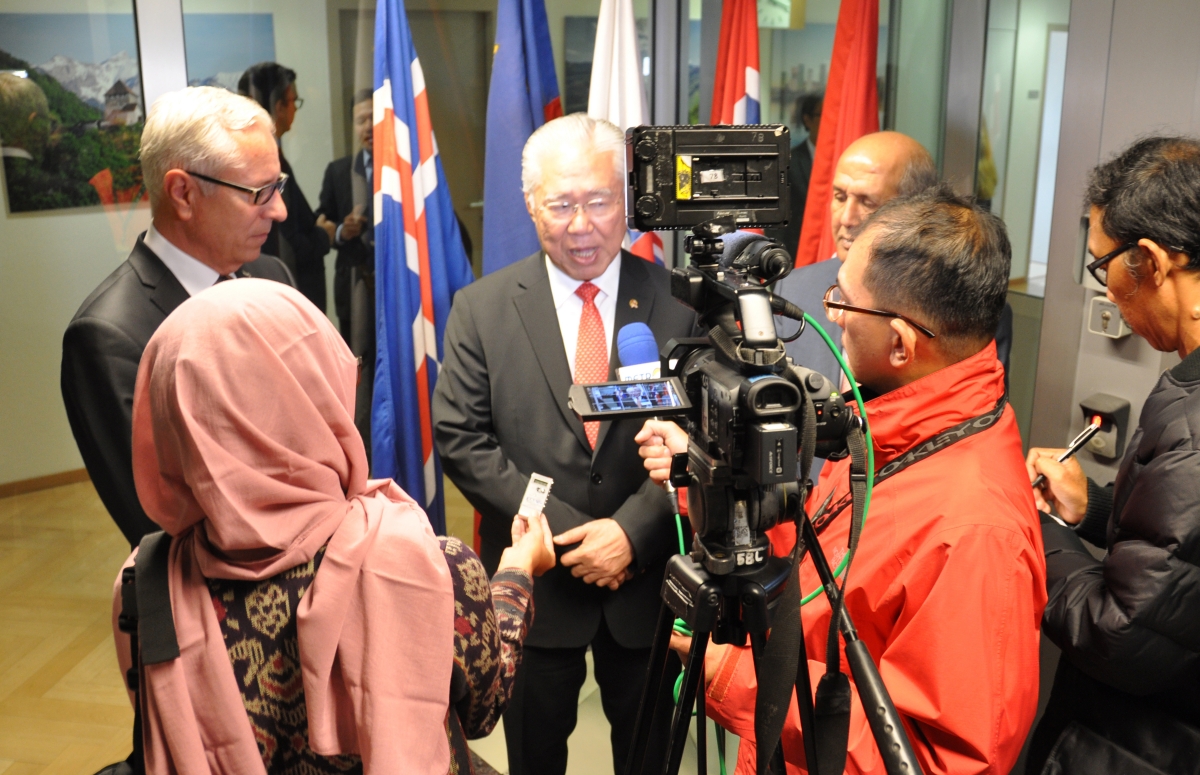 Henri Gétaz and Enggartiasto Lukita reply to media representatives at the EFTA Secretariat in Geneva.
On 10 May 2019, EFTA Secretary-General Henri Gétaz received the Indonesian Trade Minister Enggartiasto Lukita at the EFTA Secretariat in Geneva. The main topics of discussion were the progress of the ratification process of the EFTA-Indonesia Comprehensive Economic Partnership Agreement (CEPA) and the prospects for further cooperation between Indonesia and EFTA.

Economic relations between the EFTA States and Indonesia
Merchandise trade between the EFTA States and Indonesia amounted to USD 1.8 billion in 2018. The EFTA States exported goods worth USD 706 million, with the leading exports being machinery and mechanical appliances (15%), mineral fuels (13%) and pharmaceutical products (11%). EFTA imported goods worth USD 1.1 billion in 2018, with gold as the most significant import (50%), followed by footwear (12%) and electrical machinery (6%).

EFTA as a trade partner
EFTA’s global network of preferential trade agreements outside the EU consists of 29 agreements with 40 partners. Seven joint declarations of cooperation complement this network. In 2018, over 13 percent of EFTA’s total exports went to these trade partners. They were the source of 11.1 percent of EFTA imports. Excluding trade with the EU, EFTA’s FTA network covered 29% of EFTA exports and EFTA imports respectively. In 2018, EFTA’s global trade accounted for USD 813 billion, out of which over two-third was conducted under preferential trade agreements.

Details on the FTA Agreement, including the legal texts.