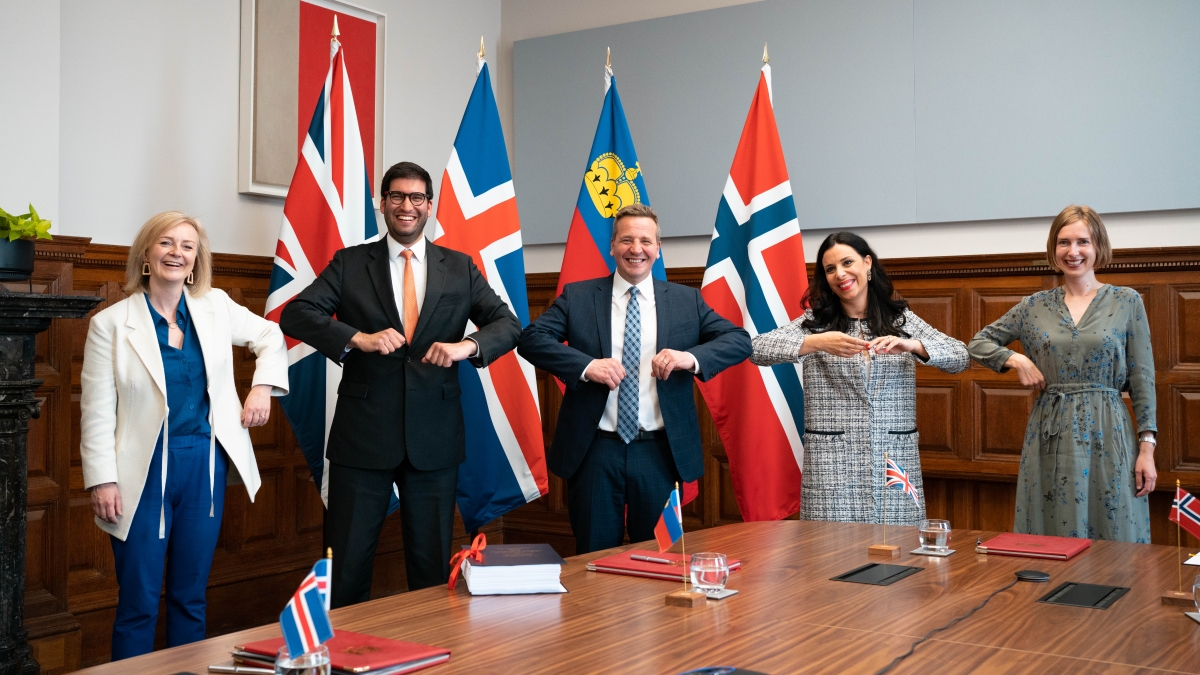 On 8 July 2021, the three EEA EFTA States (Iceland, Liechtenstein and Norway) signed a new free trade agreement with the United Kingdom (UK). Following agreement in principle last month, this signing marks a new closer alliance between Iceland, Liechtenstein, Norway and the UK, which will see the four countries work together to promote prosperity and champion free trade.

“The Free Trade Agreement between the United Kingdom and Iceland, Norway and Liechtenstein we have signed today marks a new beginning in the relationship between our countries. I am very pleased with the outcome as I am convinced that this agreement will boost our economic relations and strengthen the ties between the nations even further. This signing is historic in every sense of the word.”

“Services and investment activities are a key component of our trade relations with the UK. I am convinced that the state-of-the-art provisions of this agreement will allow them to thrive.”

“The UK market is of great importance to Norway. Today marks an important step in our future relationship with the United Kingdom. I am proud that we have concluded an ambitious and comprehensive free trade agreement, which will provide predictability and opportunities for our businesses, investors, students and workers in the years to come.”

Formal negotiations between the EFTA States within the EEA and the UK formally began in September last year following the UK withdrawal from the EU. An interim agreement on trade in goods that entered into force at the beginning of the year will now be superseded by this permanent free trade agreement. An Air Transport Agreement with the UK was signed last December.

Photos from the signing in London