To mark EFTA’s 50th anniversary, the Swiss and Norwegian Embassies, in cooperation with the Korean Ministry of Foreign Affairs and Trade, organised a symposium in Seoul on 12 May 2010.

Participants from governments, the business sector and the media assessed current and prospective cooperation under the EFTA-Korea Free Trade Agreement (FTA) which entered into force in September 2006. Speakers included Korea’s Deputy Minister for Trade Ahn Ho-young and State Secretary Jean-Daniel Gerber of Switzerland. They notably underlined the good functioning of the FTA and the importance of maintaining a close trade partnership. The audience also attended a presentation by EFTA Deputy Secretary General Didier Chambovey on EFTA’s past achievements and forthcoming challenges

Panelists from the private sector highlighted the positive effects of the FTA on investment and trade flows. They also mentioned some areas in which trade relations could be further developed.

Korea is one of EFTA’s most important free trade partners. Over the past few years, total bilateral trade has almost doubled, increasing from USD 3 billion in 2005 to USD 5.7 billion in 2009. Trade in services and foreign direct investment between the parties are also substantial. 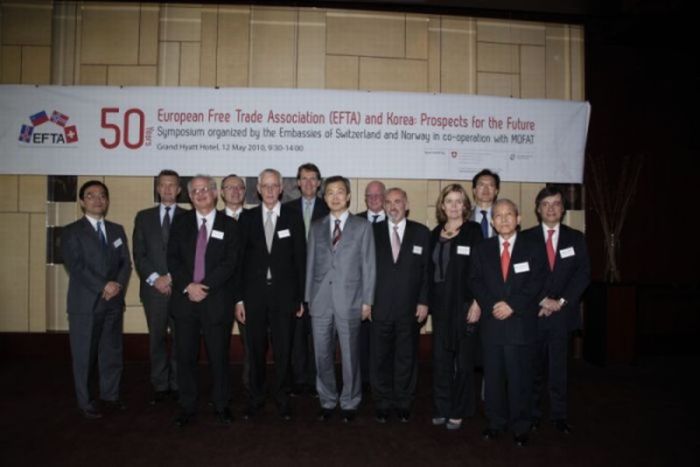