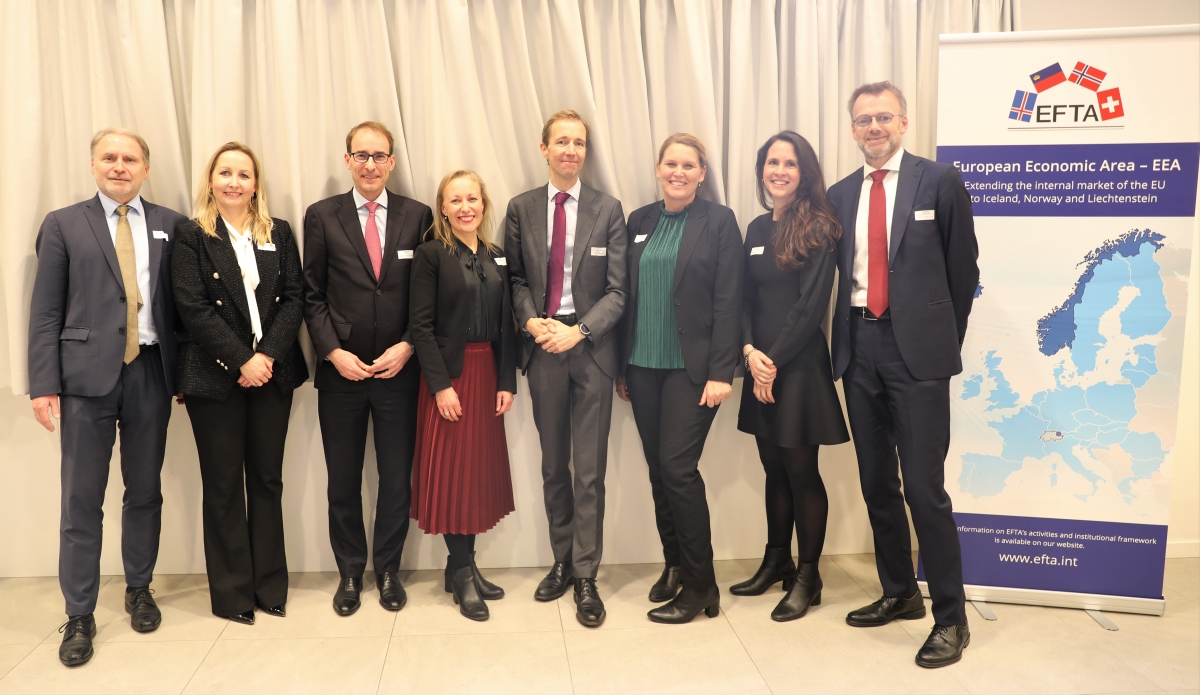 To welcome the incoming Swedish Presidency of the Council of the EU, the EFTA Secretariat held a reception at EFTA House on 7 December. The political direction of the upcoming Swedish Presidency will focus on the security of EU citizens and strengthening the EU’s role in the world, stopping organised crime, speeding up the climate transition, strengthening the EU’s competitiveness for the jobs of the future, and safeguarding the EU’s fundamental values.

EFTA’s Deputy Secretary General Siri Veseth Meling gave opening remarks. This was followed by an address from Hilda Sandberg, incoming President of the EU Council Working Party on EFTA and Counsellor at the Permanent Representation of Sweden to the European Union. Her speech was followed by addresses from:

Every six months a different EU Member State holds the presidency of the Council of the EU. During this half year, the presidency chairs meetings at every level in the Council, helping to ensure the continuity of the EU's work in the Council. On 1 January 2023, Sweden will succeed the Czech Presidency, which took place from 1 July to 31 December 2022. The EFTA Secretariat traditionally holds a reception for each country holding the Presidency and offers an opportunity for the EFTA States, the EFTA Secretariat, and the Presidency to meet.