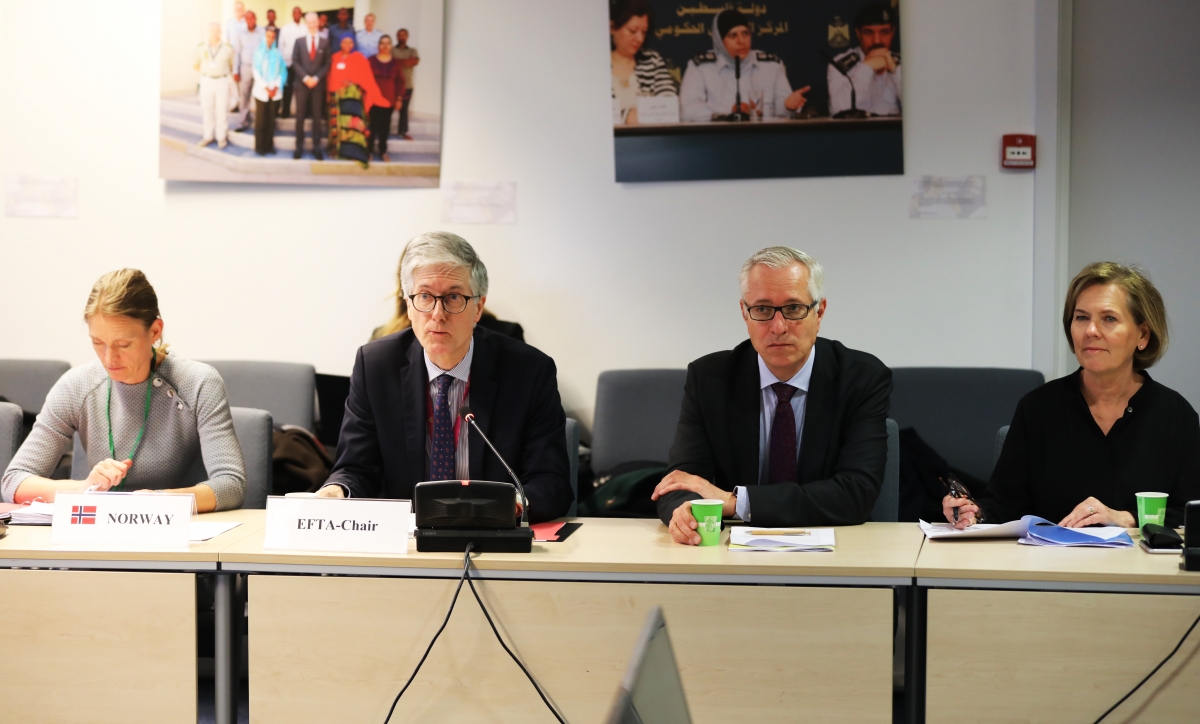 Norway took over the chairmanship of the EFTA Standing Committee on 1 January 2020. In this first meeting of the year the Chair, Ambassador Rolf Einar Fife, presented the Norwegian priorities for the next six months. First, Ambassador Fife emphasised continued systematic efforts to ensure timely incorporation of the new EEA-relevant EU acts.

“Reducing the number of acts awaiting incorporation remains a priority for 2020 and we hope to keep up the processing volumes and speed of 2019,” he said.

Second, following closely the new European Commission and European Parliament with the aim of promoting EEA–EFTA views on new legislation and measures is also a priority. This is especially pertinent in fields such as the European Green Deal and EU cooperation on labour issues. These include the following subjects: collective bargaining/minimum wages, working standards, social dumping, gender equality and non-discrimination. Third, the Norwegian chairmanship in the first half of 2020 will continue to strengthen knowledge about EFTA, the EEA and the Financial Mechanism Office in EU institutions. To this end Norway aims to organise an event on the EEA EFTA States’ participation in EU Agencies. You can read more about the priorities here.

Following the Standing Committee meeting, the Joint Committee met under the chairmanship of Clara Ganslandt, Head of Division at the EEAS. Several decisions were adopted to be incorporated into the EEA Agreement. Among them Decision No 27/2020 which amends Annex XVII on intellectual property and implements the trade mark Directive (EU 2015/2436). The most notable changes after the Decision enters into force will concern the process of applying for trade marks, objecting, challenging and resolving trade mark disputes, and managing trade marks.

One of the ways in which the EEA EFTA States can participate in shaping EU policies and legislation is by submitting comments on important issues. In the Joint Committee, the EEA EFTA States presented their recent Comment on the proposal on representative actions for the protection of the collective interests of consumers. In the Comment, the EEA EFTA States emphasised their support of a minimum harmonisation approach to better facilitate the possibility of adjusting existing collective redress mechanisms to the directive’s requirements.

See photos from the Standing and Joint Committee here