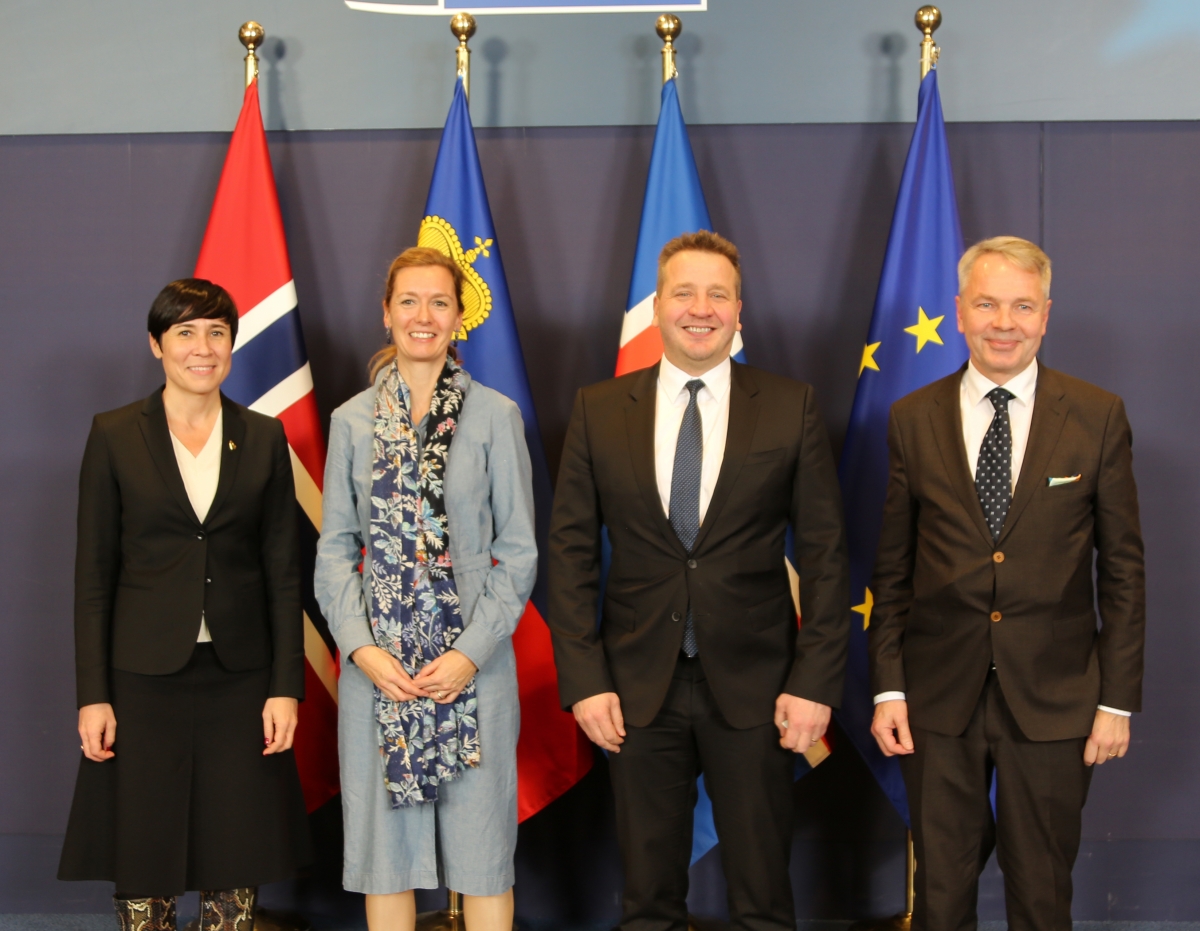 On 19 November 2019, the EEA Council convened in Brussels for its 52nd meeting to discuss the overall functioning of the Agreement on the European Economic Area (EEA Agreement). They also discussed current political issues such as Brexit and climate change. Furthermore, the EEA Council held an orientation debate on the Single Market beyond 2019.

Guðlaugur Þór Þórðarson, Icelandic Minister for Foreign Affairs, chaired the meeting as Iceland chairs the Standing Committee of the EFTA States and holds the Presidency of the EEA Council this term. The meeting was co-chaired by Pekka Haavisto, Minister for Foreign Affairs of Finland, representing the Presidency of the Council of the European Union (EU).

Recalling 25 years of extended cooperation with the EU through the EEA Agreement, Guðlaugur Þór Þórðarson stated that “The EEA Agreement remains a solid framework for cooperation on key areas of common interest and for finding common solutions to the most pressing issues. In light of the current challenges to the multilateral and rules-based international order, the Agreement has become even more important as a platform for cooperation. We must ensure that the ongoing trends towards protectionism do not affect the integrity of our Internal Market and our good collaboration across a wide range of areas.”

Orientation debate on the Priorities of the Single Market

“The Single Market has been an important source of growth, employment, and social and environmental progress in the EEA over the last decades”, highlighted the Icelandic President of the EEA Council, during the orientation debate on the priorities of the Single Market. In September, the EEA EFTA States submitted a Comment to the EU on the priorities for the Single Market beyond 2019.  The aim of the comment is to provide a timely contribution to the broader debate about the future of our common Internal Market at the beginning of a new institutional and legislative cycle in the EU.

Before the meeting of the EEA Council, the EEA EFTA Ministers had an informal political dialogue with EU counterparts on current foreign policy issues of mutual interest. The EEA Council recognised that the special partnership between the EU and the EEA EFTA States was the best guarantee of long-term shared prosperity. It has contributed to the construction of a Europe based on stability, peace, democracy, the rule of law, and human rights. With regard to the UK’s withdrawal from the EU, the EEA Council underlined the importance of safeguarding the EEA Agreement, ensuring the continuation of a well-functioning, homogenous EEA and preserving the integrity of the Internal Market.

In his closing remarks the Chair concluded that “Finally, I would like to underline again that the EEA Agreement continues to function well in promoting the development of our common Internal Market. The EEA EFTA States remain committed to continuing the positive and constructive cooperation we have with our EU partners for many years to come.”

Conclusions adopted by the EEA Council at its 52nd meeting, 19 November 2019

High-resolution photos from the meeting.