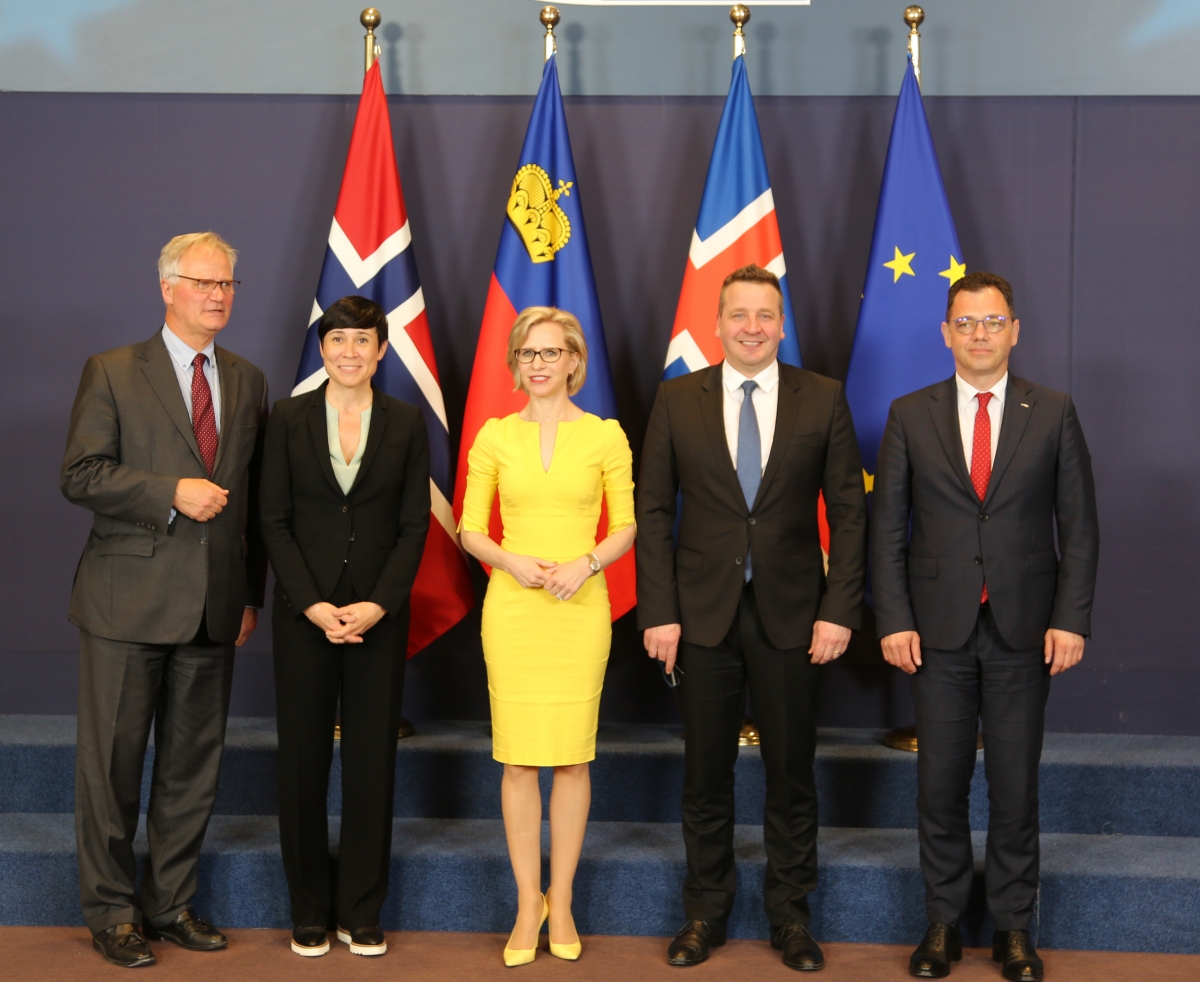 On 20 May 2019, the EEA Council convened in Brussels for its 51st meeting to discuss the overall functioning of the Agreement on the European Economic Area (EEA Agreement), as well as climate change and the implementation of the Paris Agreement.

The EEA Council was chaired by Mr Ștefan-Radu Oprea, Minister for Business Environment, Commerce and Entrepreneurship of Romania, representing the Presidency of the Council of the European Union.

Speaking on behalf of the EEA EFTA States, Minister Frick highlighted the EEA Agreement as the foundation of a close relationship with mutual benefits for all 31 countries in the European Economic Area. “The EEA Agreement remains a solid framework for extensive rules-based multilateral cooperation in Europe. It provides legal certainty, equal treatment, and predictable conditions for our citizens and businesses,” she said.

“The rules of our Internal Market go far beyond ensuring market access. They touch upon most areas of economic and social life, providing extensive rights for our citizens and economic operators. They include an important social dimension, with high standards of consumer and environment protection,” said Minister Frick.

Orientation debate on climate change
Climate change, and long-term strategies towards 2050 and the implementation of the Paris Agreement was one of the main points on the Council’s agenda. In the meeting, Minister Frick emphasised that the EEA Agreement is much more than a free trade agreement. Faced with the most pressing challenges of our time, such as climate change, sustainable development, and social inclusion, the EEA Agreement “provides us with a platform to cooperate in key areas of common interest and to find solutions,” said Minister Frick.

Before the meeting of the EEA Council, the EEA EFTA Ministers had an informal political dialogue with EU counterparts on current foreign policy issues of mutual interest.

Conclusions adopted by the EEA Council at its 51st meeting, 20 May 2019

High-resolution photos from the meeting.