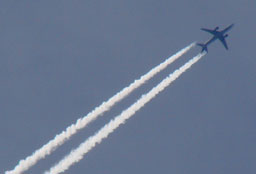 In a record time, the EEA Joint Committee decided on 20 July 2011 by written procedure on overall figures for the 30 EEA countries concerning the total number of allowances for aviation that from 2012 will be part of the trading scheme for greenhouse gas emissions (ETS).

Allowance figures for the 27 EU countries were published by the EU three weeks ago, but in the publication, the Commission underlined that a figure also covering the EEA EFTA States had to be agreed upon before it could calculate a reference figure to be used in the ETS system from 1 January 2012.

On 19 July, also by written procedure, the EEA Joint Committee agreed on three other urgent matters: the participation by the EEA EFTA States in the MEDIA Mundus programme (see separate news article), a financial contribution to Commission activities for the development of the internal market in 2011, and the incorporation into the EEA Agreement of a regaluation on common rules for the operation of air services in the Community. The latter decision is important in order to ensure equal rules in the European aviation sector, in particular when it comes to imposing public service obligations in the European Economic Area.