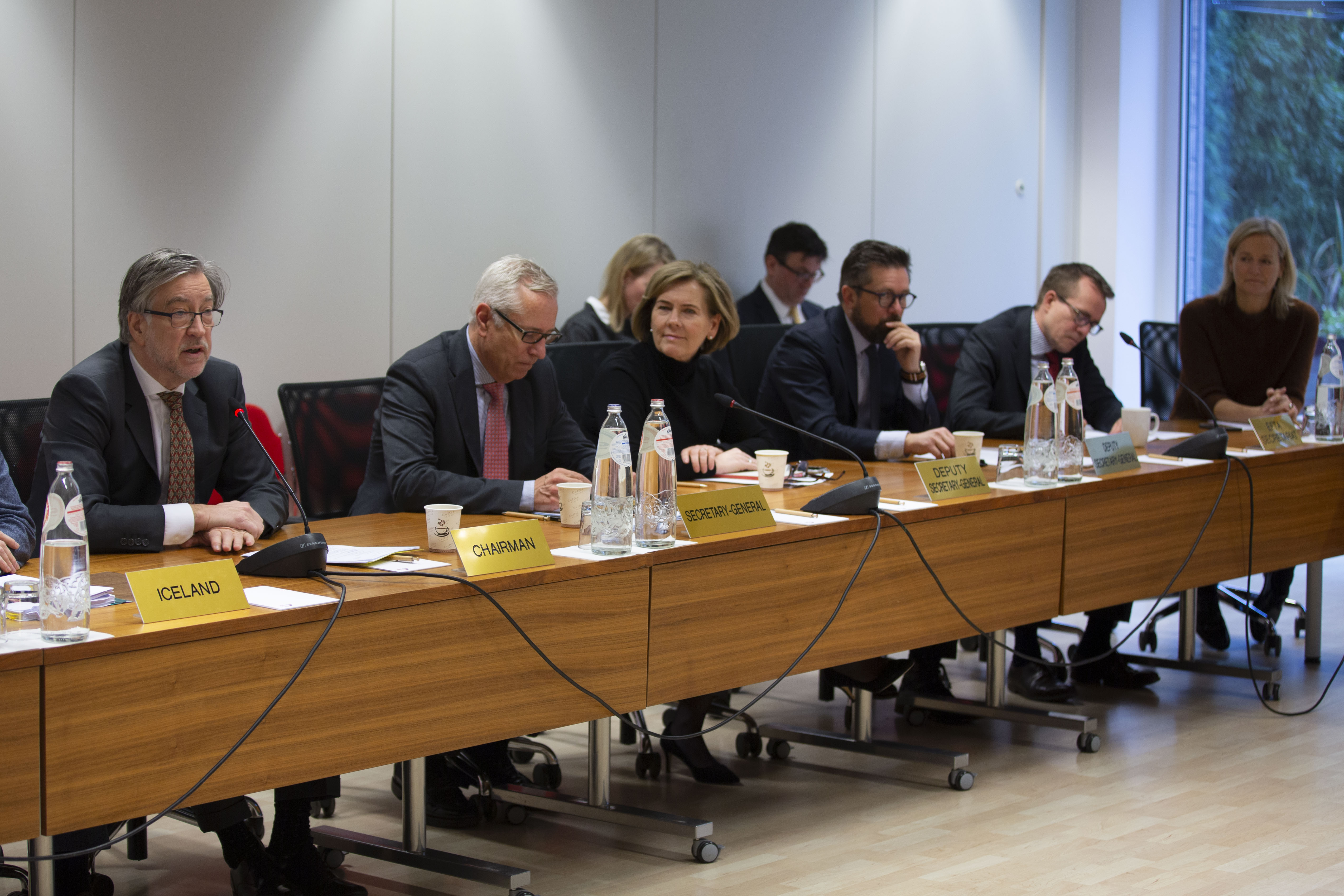 This last Joint Committee meeting of the year is a celebratory one as the Committee can look back positively at incorporating a record number of 319 JCDs containing 708 legal acts into the EEA agreement in 2019. Thanks to the large number of acts incorporated, the legal acts outstanding have been reduced to around 350. This is by far the lowest number since 2013 when these figures were first produced.

“2019 has been the most productive year in the history of the EEA. We have adopted more decisions this year than in any other calendar year since the EEA Agreement entered into force. We incorporated 708 acts in the course of 2019, which almost equals the number of acts incorporated in 1998, when we had three more,” emphasised the EEA EFTA Chair, Ambassador Gunnar Pálsson.

Among the other decisions was JCD 302/2019 which grants the EEA EFTA States access to the European network of employment services (EURES), reinforcing the free movement of workers in the EEA. The decision will further integrate labour markets by improving workers’ access to mobility services by using digital resources to make available vacancies across the EEA more accessible.

Furthermore, the Joint Committee adopted seven decisions incorporating 33 acts in financial services. The acts cover a range of financial services concerning insurance-based investment products, the safe-keeping duties of depositaries and the ranking of unsecured debt instruments in insolvency hierarchy. To enhance the homogeneity of the Single Market, the decisions also include several technical standards for financial services. Among them are technical standards to be used for preventing, detecting and reporting abusive practices or suspicious orders and transactions. The Joint Committee also adopted two decisions on company law endorsing specific international accounting standards.

Ending 2019 with these positive developments, the EEA EFTA States look forward to continuing the collective efforts with the EU side to make further progress in reducing the number of legal acts awaiting incorporation into the EEA Agreement in 2020.