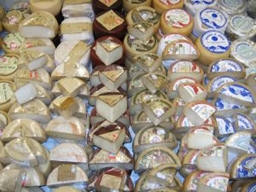 Subcommittee I and Subcommittees II, III and IV met jointly on 4 March. The Committees discussed several issues, such as the finalisation of the Food Law Package, the future of comitology procedures, participation in EU agencies, including the European Aviation Safety Agency (EASA), and proposals for a new EU system of financial supervision.

The long-standing issue of the Food Law Package is now coming to an end, as the incorporation of the Package into the EEA Agreement is about to be finalised. The Food Law Package provides for the participation of the EEA EFTA States in the European Food Safety Authority (EFSA), which is the keystone of EU risk assessment regarding food and feed safety.

The ongoing development of the comitology procedures in the EU following the entry into force of the Lisbon Treaty was discussed at the meeting, and the Committees emphasised the importance of following this process closely.

The Commission’s proposals for a new system of financial supervision were presented, in particular the necessity to ensure the EEA EFTA States’ participation in the three new EU supervisory authorities dealing with banking, insurance and securities and the European Systemic Risk Board.

The Secretariat informed delegates that the full revision of Annex I of the EFTA Vaduz Convention on mutual recognition in relation to conformity assessment was completed successfully in 2009. This Annex is a Mutual Recognition Agreement (MRA) between the three EEA EFTA States and Switzerland. This comprehensive revision will enter into force as soon as the ratification process is completed.

In the field of energy, the Secretariat reported on the current situation concerning the Directive on the use of renewable energy sources. This matter is of great importance to the EEA EFTA Member States. The Working Group on Energy will assess this further in the weeks ahead.

In addition, the Secretariat updated the Committees on the issues in the pre-pipeline and the pipeline stage such as the new Novel Foods Regulation, food information to the consumer, the Community Patent Regulation, proposal for a Directive on Consumers Rights, the framework for cross-border crisis management in the banking sector, the review of the Deposit Gurantee Scheme and the post i2010 Strategy, the Digital Agenda.