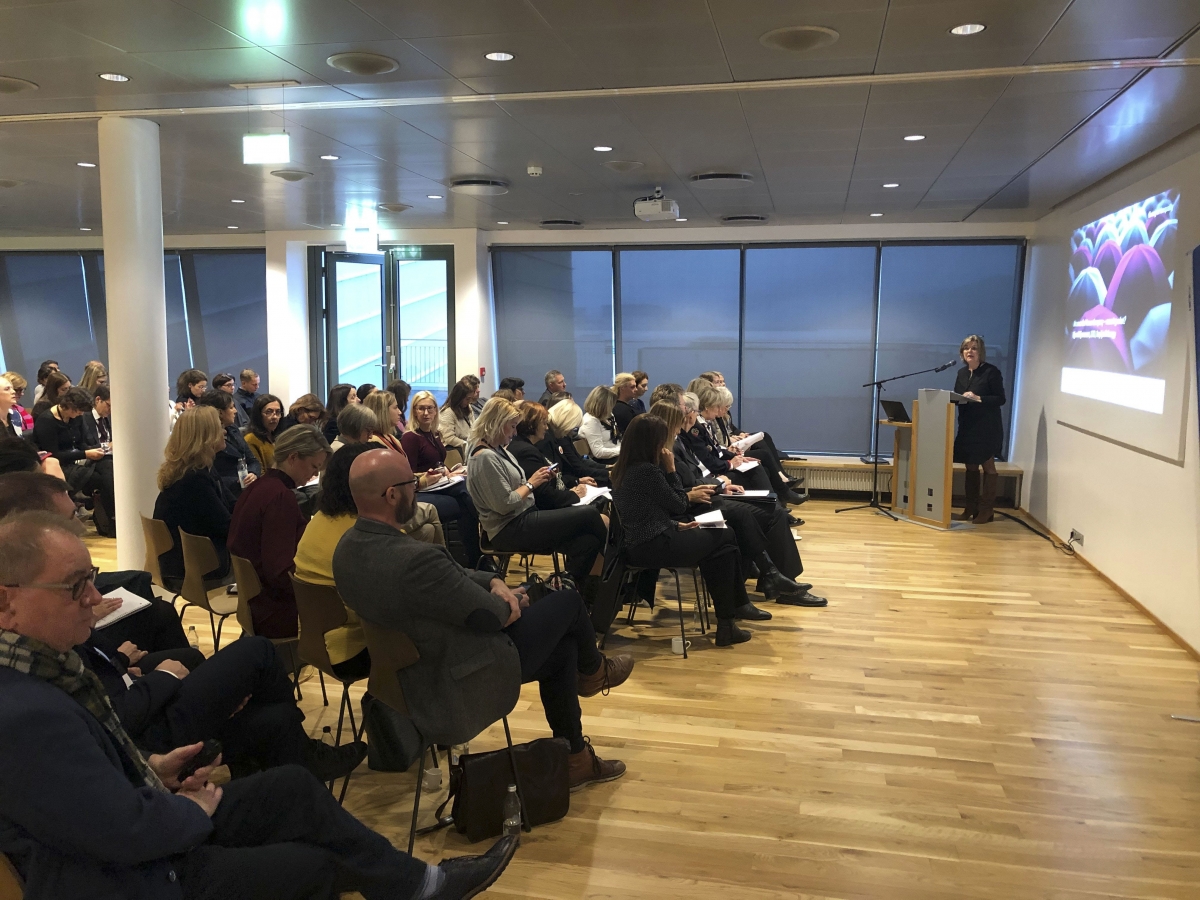 The overall theme of the conference was gender equality: a key for economic and social development in Europe and beyond. The EEA and Norway Grants aim to reduce social and economic disparities within the EEA. An important factor in achieving this goal is to reduce the inequality between the genders.

More than 120 people from 20 different countries participated in the conference and more than five hundred watched the live stream online. The participants enjoyed an inclusive and in-depth programme. Several prominent women in the Icelandic public and private sectors shared their experiences. Among them were former president of Iceland Vigdís Finnbogadóttir. Finnbogadóttir was the world’s first female president and she was the president of Iceland from 1980 to 1996. The programme also included several roundtables which focused on topics such as: the Nordic model and Nordic style work-life balance; and how institutional mechanisms, legislative measures and affirmative action are important tools in overcoming gender inequality.

The Icelandic Ministry of Foreign Affairs, the Norwegian Equality and Anti-discrimination Ombudsman and the Portuguese Commission of Citizenship and Equality were the other organisers of the conference. Together with EEA and Norway Grants, the hosts created a great platform for relevant stakeholders to come together to discuss current issues in the field of gender equality. The conference delegates were able to network and share best practices in the field of gender equality, and further develop cooperation and synergies.