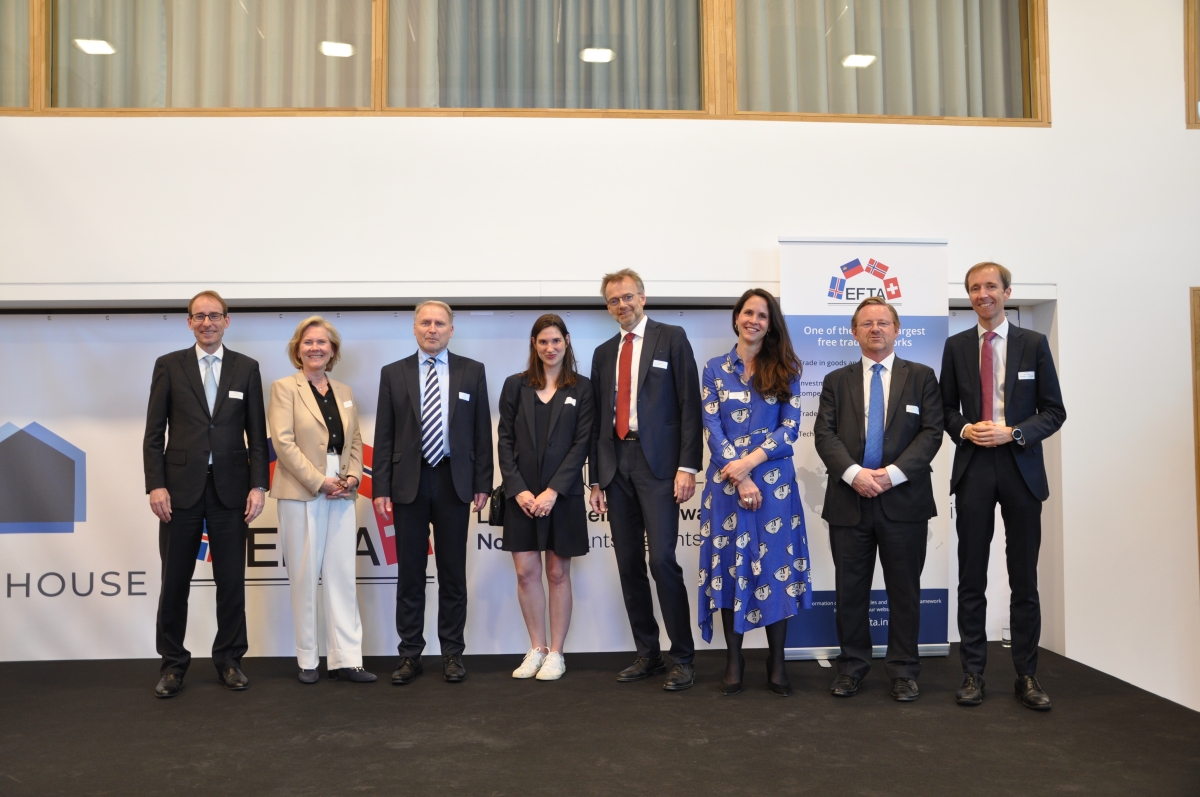 On 21 June, EFTA hosted a reception for representatives of the Czech Presidency of the Council of the European Union. The Czech Republic starts its six-month term on 1 July this year. An EFTA reception is traditionally held for each country holding the Presidency and offers an opportunity for the EFTA States, the EFTA Secretariat, and the Presidency to meet and network. The event was hosted by EFTA Deputy Secretary-General Hege Marie Hoff. In the new EFTA House, she welcomed the EU Presidency on behalf of the EFTA States.

Deputy Ambassador and Counsellor Nuscha Wieczorek represented the Liechtenstein Mission to the European Union, which is currently chairing the EFTA Standing Committee. She emphasised that the EEA Agreement had shown itself to be both robust and flexible throughout its lifespan of over a quarter of a century. The EU-EEA cooperation extends beyond the EEA, and has been particularly effective in times of change and uncertainty. She added “Our cooperation with the EU goes well beyond the EEA and covers areas like justice and home affairs, taxation and foreign policy. We, thus, not only contribute to a resilient Schengen area and European migration management but are also part of the European response to the war in Ukraine”.

Petr Havlik from the EFTA Working Party represented the Czech Presidency. With the motto "Europe as a task: rethink, rebuild, repower", the Czech presidency will focus on the following five cross-sectoral flagship areas:

“The Czech programme reflects our long-term positions and the approaches that Czechia promotes within the EU. It will be framed within the trio’s political agenda and within the broader geopolitical context”, Havlik added.

The Czech Presidency is determined to maintain and strengthen its strong ties with the European Economic Area. During the Czech Presidency, the Working Party on the European Free Trade Association (WP EFTA) will receive adequate attention. In his remarks, Havlik also expressed gratitude for the chance to meet at the EFTA House.

The #EFTA House hosted a reception with the Czech Presidency of the Council of the 🇪🇺. Among their top policy priorities are energy security and the strategic resilience of the European economy.