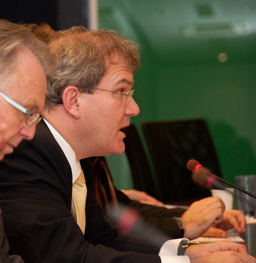 In the Standing Committee, the Norwegian delegation reported on a meeting between Foreign Minister Jonas Gahr Støre and the President of the European Council, Herman Van Rompuy. Iceland reported on the visit by Prime Minister Jóhanna Sigurðardóttir to Brussels and the meetings with Van Rompuy, Commission President José Manuel Barroso and Belgian Prime Minister Yves Leterme. Liechtenstein reported on a meeting with the Polish Presidency and the EFTA Secretary-General updated the Committee on third-country relations.

Also in the Standing Committee, the final report of the Liechtenstein Work Programme was presented and the Icelandic Work Programme for the first half of 2012 was introduced.

Finally, the Icelandic delegation gave a status report on Iceland’s accession to the EU.

In the Joint Committee meeting, 38 decisions were adopted incorporating 60 legal acts into the EEA Agreement, one of which, on high-speed mobile service, is explained further in a separate news item on the EFTA website. It was further agreed that four additional legal acts – including the Regulation on the European Aviation Safety Agency and the Directive on the promotion of the use of renewable sources – will be incorporated into the Agreement before the end of the year, pending approval by the EU Council. The meeting schedule for the first half of 2012 was also approved by the Joint Committee. 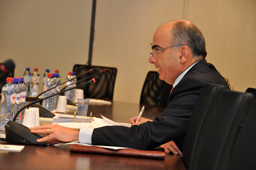