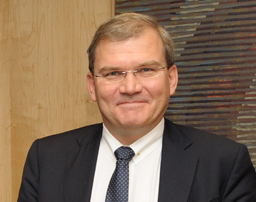 Finally, the Icelandic delegation gave a status report on Iceland’s accession to the EU. Two intergovernmental conferences are foreseen for this year, the first on 19 October and the second on 12 December. The EU-Iceland Parliamentary Committee is also to meet next week.

In the Joint Committee meeting, 17 Decisions were adopted incorporating 25 legal acts into the EEA Agreement, one of which is explained further in a separate news item on the EFTA website. Moreover, the Icelandic delegation informed the Committee regarding a foreseen prolongation and revision of the protective measures notified under Article 43 of the EEA Agreement. Finally, Mr Henning Ehrenstein from Single Market Policy Unit of DG Markt, European Commission, provided the EEA EFTA States with a briefing on the progress of the Single Market Act. The presentation highlighted some of the 12 priority actions of the Act of particular relevance to the EEA Agreement, including new proposals on standardisation, the recognition of professional qualifications, access to finance for SMEs, and on the posting of workers.