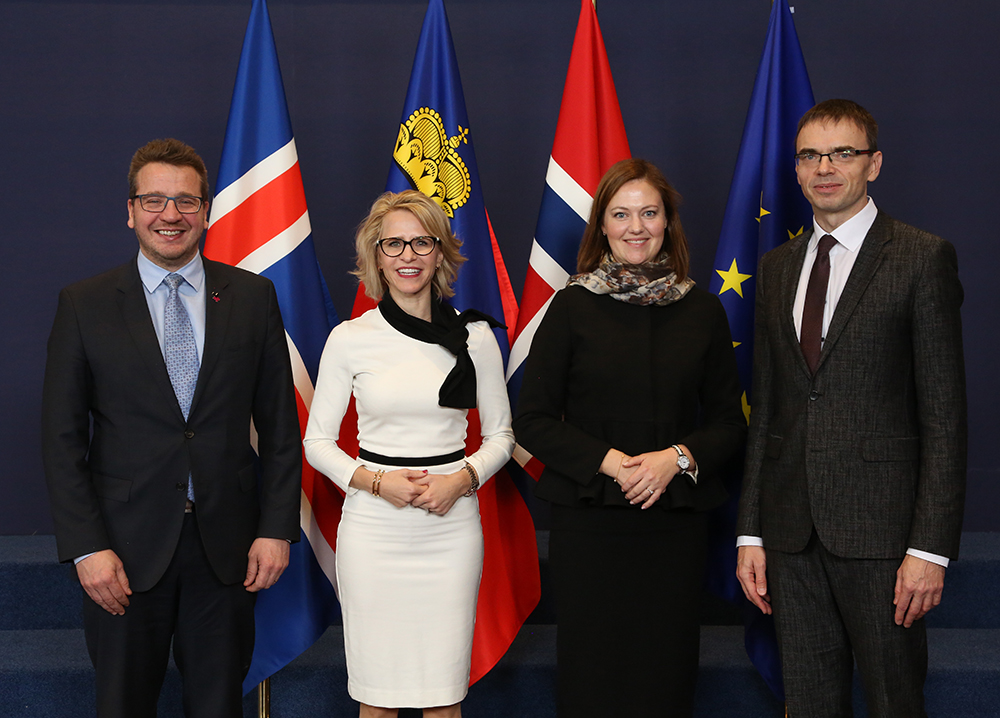 Guðlaugur Þór Þórðarson, Minister for Foreign Affairs of Iceland; Aurelia Frick, Minister for Foreign Affairs of Liechtenstein; Marit Berger Røsland, Minister of EEA and EU Affairs of Norway; and Sven Mikser, Minister for Foreign Affairs of Estonia
At the 48th meeting of the EEA Council, held in Brussels on 14 November 2017, Ministers discussed the European data economy and possible implications of the United Kingdom’s withdrawal from the European Union.
The EEA Council meets twice a year at Ministerial level and provides political impetus for the development of the EEA Agreement. In addition to discussing the overall functioning of the EEA Agreement, the EEA Council held a debate on measures to develop the European data economy.
Before the meeting of the EEA Council, EEA EFTA Ministers had an informal political dialogue with their EU counterparts on the implications of Brexit for the EEA Agreement. This dialogue on the EEA dimension of the UK’s withdrawal from the EU was launched at the previous EEA Council meeting in May 2017. Discussions focused on the need to ensure the continuation of a well-functioning homogenous EEA.
“In the political dialogue earlier this morning, we continued our discussions on the UK’s withdrawal from the EU and its consequences for the EEA. There is no need to repeat the details of our discussions, yet we wish to raise a few general points in this format as well. The UK's withdrawal from the EU will have direct implications for all participants in the Single Market, including the EEA EFTA States,” said Ms Aurelia Frick, Minister for Foreign Affairs of Liechtenstein and Chair of the EEA Council.
Minister Frick was accompanied by Mr Guðlaugur Þór Þórðarson, Minister for Foreign Affairs of Iceland, and Ms Marit Berger Røsland, Minister of EEA and EU Affairs of Norway. The meeting was co-chaired by Mr Sven Mikser, Minister for Foreign Affairs of Estonia, representing the Presidency of the Council of the European Union.
Importance of the EEA and EFTA-EU relations
“Iceland is as committed to the EEA Agreement as it was 25 years ago. The Agreement continues to be one of the key pillars of Iceland's Foreign Policy, and Iceland's participation in the EEA enjoys wide support in Iceland. The EU and its Member States are among Iceland's most important partners. This partnership is obvious when it comes to trade, but it also extends to culture, education, science and research, to name just a few examples. In all these areas, the EEA Agreement has proven to be the most suitable framework to manage Iceland's relations with the EU,” Iceland’s Foreign Minister Þórðarson said.
"Norway’s relationship with the EU stands firm. At the same time, we have strong economic, political and historical ties with the UK. Our objective is to continue to have as close and extensive cooperation as possible with the UK after its withdrawal from the EU. If the EU and the UK agree on withdrawal terms that are relevant to the Internal Market, for instance regarding the acquired rights of citizens, we should find a way to extend these provisions to all EEA States and citizens," Norway's EEA and EU Affairs Minister Røsland said.
Following the EEA Council, the EEA EFTA Ministers met with the EFTA Parliamentary and Consultative Committees to inform them of the outcome of their meetings with the EU. Find more information here.
Find meeting documents here.
Find high-resolution photos from the meeting here. 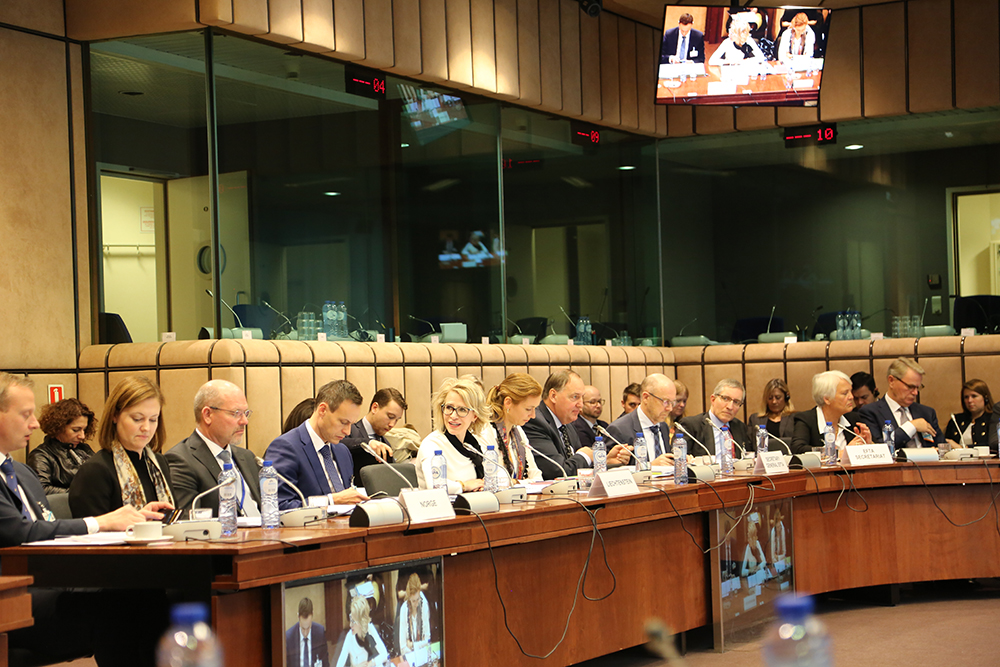