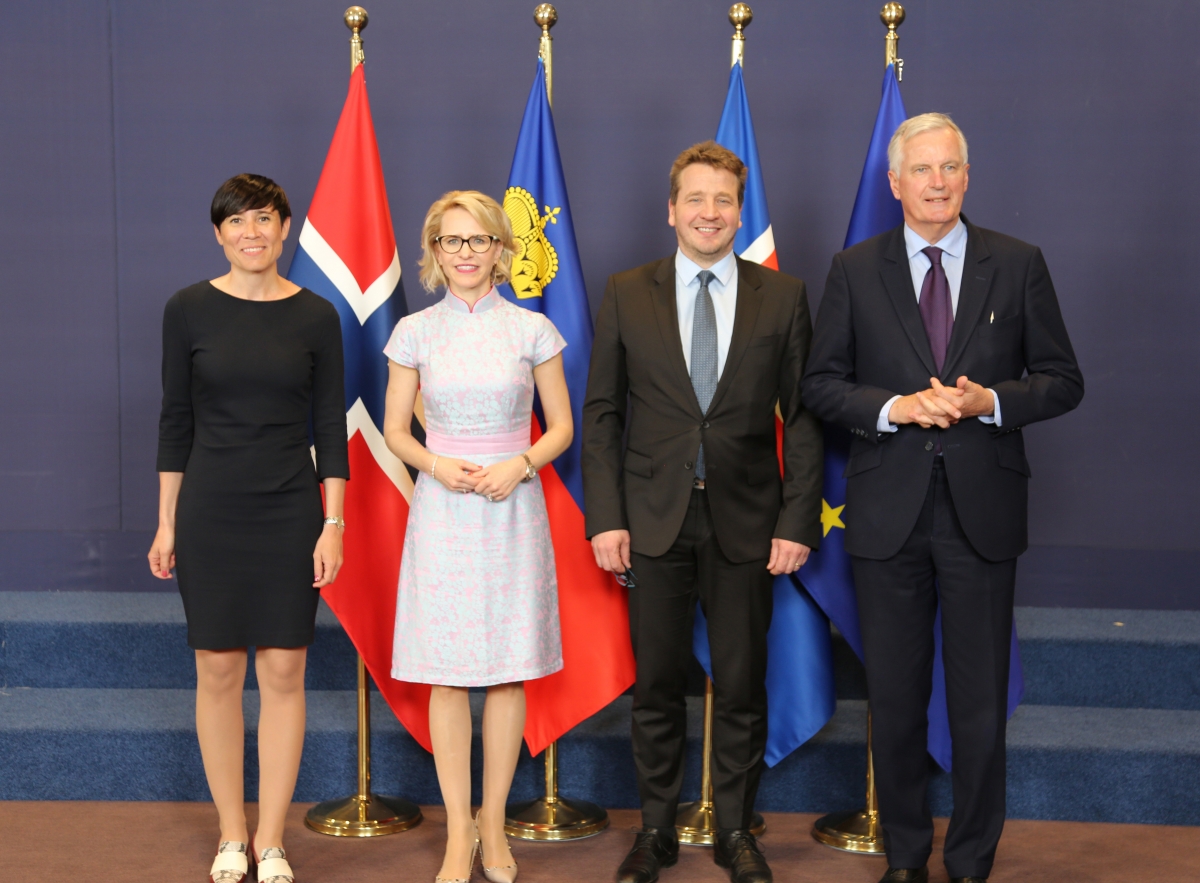 Speaking on behalf of the EEA EFTA States, Minister Þórðarson underlined that the EEA Agreement, which has been the cornerstone of the closer relationship between the EU and the EEA EFTA States over the last 25 years, continued to function well, thus providing predictability and a level playing field for EEA citizens and businesses. Noting recent worrying developments in international trade, he emphasised that it was important that these should not negatively affect EEA cooperation.

“The EEA EFTA States have a clear expectation that there will be no safeguard measures against intra-EEA trade in steel and aluminium products. It is important to avoid putting at risk the integrity of the Internal Market and the robustness and predictability of the EEA Agreement”, said Minister Þórðarson.

Another key issue discussed was the General Data Protection Regulation. This will become applicable in the EU on 25 May, and should be incorporated into the EEA Agreement in early July 2018. On behalf of the EEA EFTA States, Minister Þórðarson noted that the 1995 Data Protection Directive would remain applicable until then, which will ensure that data can continue to flow freely throughout the EEA.

“We would like to emphasise that any solution reached on the EU side regarding a revised structure must ensure the same level of participation for the EEA EFTA States that is full participation except for the right to vote. This is the current situation and should be the solution upheld under a new set-up.

Our initial views have been put forward in an EEA EFTA Comment submitted to your side in April. As full participants in the internal market of financial services, the earlier we are informed about discussions in the Council the more prepared we will be to assess and incorporate the revised ESAs into the Agreement. At the end of the day it is our common interest to find solutions that fully respect the common rules of the financial supervisory framework as well as the two-pillar structure of the EEA.”

Prior to the meeting of the EEA Council, the EEA EFTA Ministers had an informal political dialogue with their EU counterparts on the EU's engagement with the Western Balkans and the implications of Brexit for the EEA Agreement

On Brexit, Minister Þórðarson welcomed the open and frank discussions that had taken place in the political dialogue.

“We appreciate the mutual commitment to safeguarding the EEA Agreement and preserving the integrity of the Internal Market. Our citizens expect the same level of certainty and protection as EU citizens and we are working hard to ensure that outcome. Time is short and our consultations with the EU throughout this process will be crucial going forward.”

Find the EEA Council Conclusions and other meeting documents here.