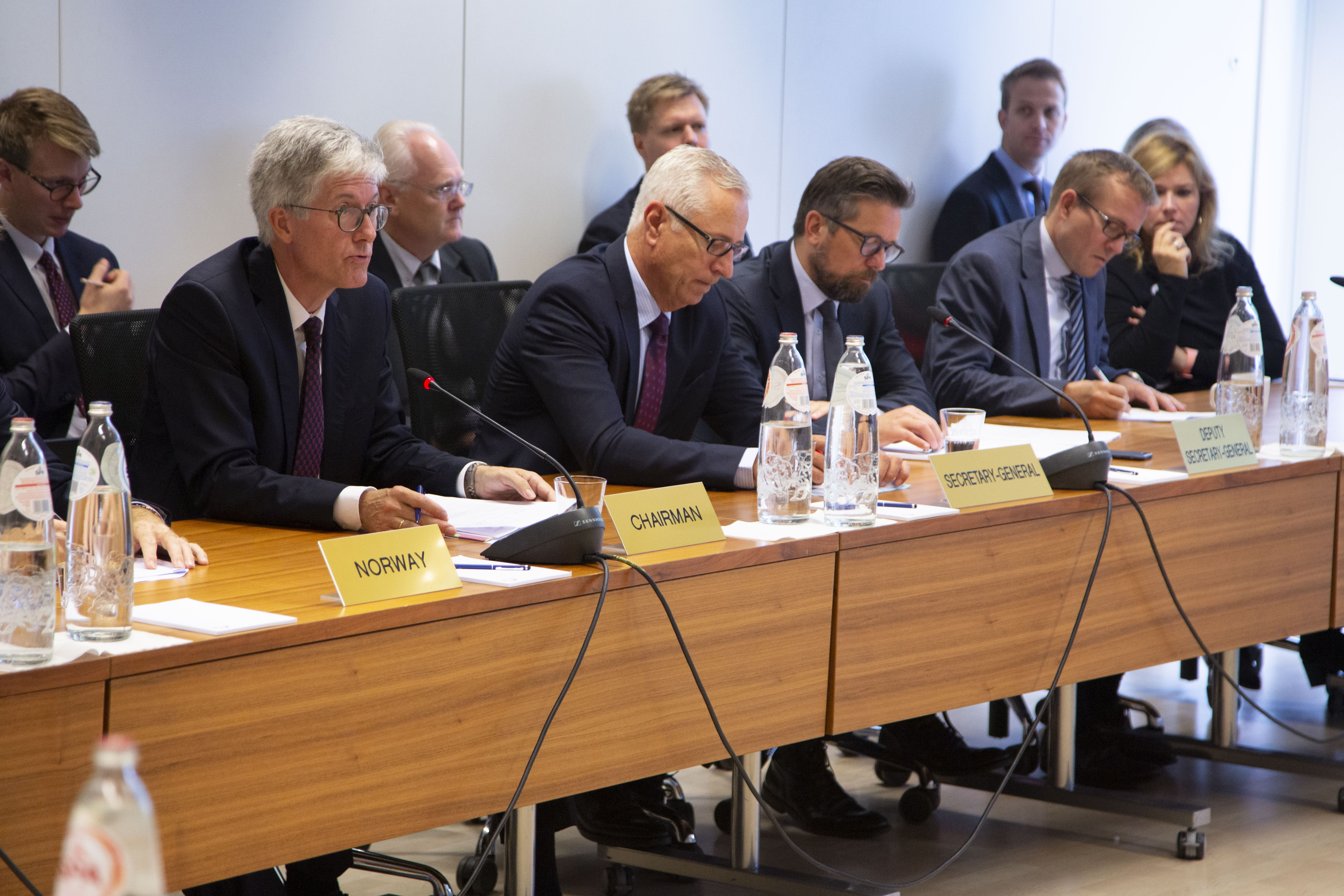 In the Joint Committee, the EEA EFTA States presented their recent Comment on the Single Market beyond 2019. Recalling 25 years of extended cooperation with the EU through the EEA Agreement, the EEA EFTA States reaffirm their commitment to continue prioritising this long-term partnership. This includes EU programme participation for the benefit of their citizens and businesses.

The Comment emphasises that the further development of the Single Market should be one of the main priorities also during the next legislative cycle. This could be achieved through new initiatives, better regulation, better implementation and enforcement of existing rules, and by protecting consumers. Raising awareness about the benefits of the Single Market should be a priority both at European and national level.

During the meeting the EEA Joint Committee adopted 41 decisions (JCDs) incorporating 98 legal acts into the EEA Agreement. Among the decisions was JCD 210/2019 which incorporates the Official Controls Regulation (OCR). The JCD contains certain adaptations, notably to account for the fact that the fields of plant health and customs are outside the scope of the EEA Agreement. For more information on EU official controls click here.

The Joint Committee also adopted a decision which extends the reinforcement of the EU Civil Protection Mechanism to Iceland and Norway through JCD 246/219. Iceland and Norway have been a part of this Mechanism since 2007. The aim is to strengthen cooperation between the European Commission and the EEA States and facilitate coordination in the field of civil protection in order to improve the response to natural and man-made disasters.  The EU in March 2019 decided to inter alia make increases to the budget for a reinforced Mechanism.