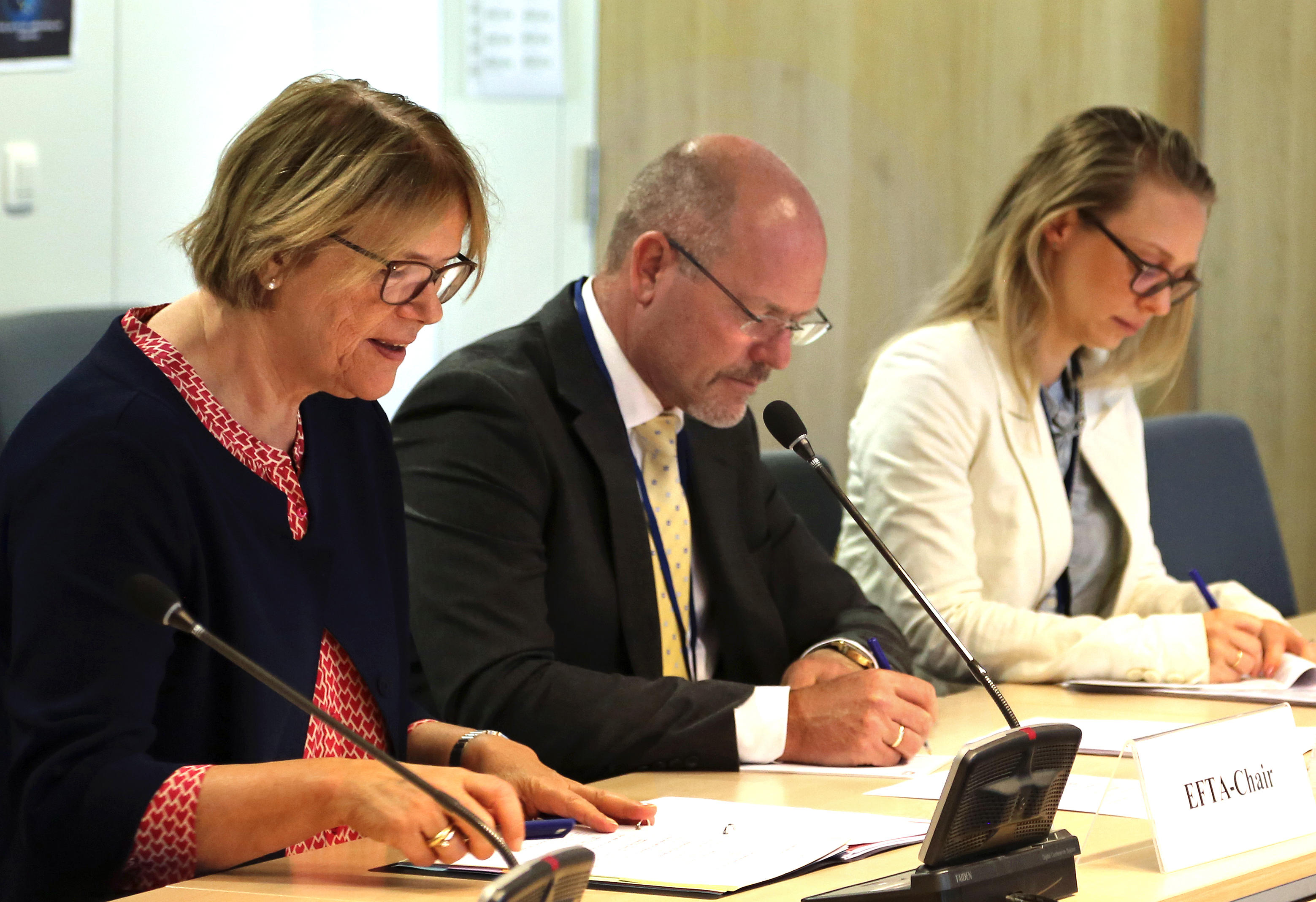 The main highlight of the meeting was the incorporation of the Wholesale Roaming Regulation which will be applicable simultaneously in the EU and the EEA. All EEA citizens (i.e. citizens of the EU28 and Iceland, Liechtenstein and Norway) will not be charged roaming fees and will pay domestic prices for roaming calls, text messages and data when travelling to other EEA countries. The Regulation also contains safeguards for operators, which means that if an EEA citizen has unlimited or very cheap mobile data at home, his or her operator may apply a safeguard limit on data use while roaming.

On the incorporation of this act, the Chair of the EEA Joint Committee Meeting and Head of Division at the EEAS, Mr Claude Maerten, stated that the EU was pleased to see such an important act as "Roam like at Home" being adopted today, as it would enable EEA citizens to benefit fully from the Internal Market. The Chair added that the Wholesale Roaming Regulation would be applicable in the EU and the three EEA EFTA States simultaneously, providing a good example of homogeneity in the Internal Market.

The EFTA Chair, Norwegian Ambassador to the EU, Ms Oda Helen Sletnes, also stressed the importance of the quick incorporation of the Wholesale Roaming Regulation into the EEA Agreement, which enables citizens in the EEA to fully benefit of domestic prices for roaming calls, SMS and data, before the summer holidays.

Two Regulations of the European Parliament and the Council (Regulations (EC) No 443/2009 and (EU) No 510/2011) setting emission performance standards for new passenger cars and new light commercial vehicles were also highligted during the meeting. They are expected to be adopted ad-referndum on 16 June. The legislative package of 18 legal acts is part of the EU’s integrated approach to reduce CO2 emissions from light duty vehicles.

Pictures from both meetings can be found here

List of EEA Joint Committee Decisions adopted so far in 2017