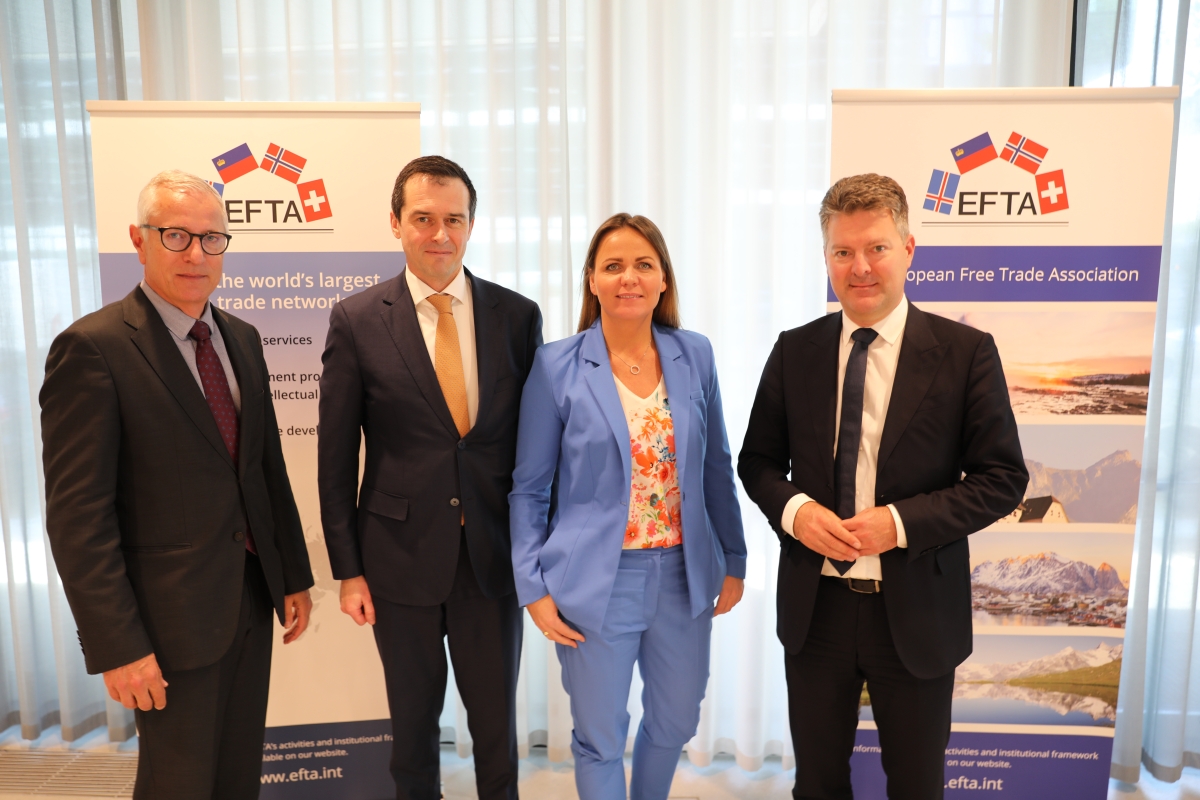 The Committee of Members of Parliament of the EFTA States convened on 27 April 2022 in Brussels to discuss the situation in Ukraine and to exchange views with their counterparts at the European Parliament.

The delegation was led by Ms Ingibjörg Ólöf Isaksen (the Icelandic Parliament), Chair of the Committee of Members of Parliament of the EFTA States and co-chair of the EEA Joint Parliamentary Committee.

Together with Andreas Schwab, Chair of the European Parliament’s delegation for EFTA countries and the EEA (D-EEA) and President of the EEA Joint Parliamentary Committee, EEA EFTA members met with Ambassador Vsevolov Chentsov, Head of the Mission of Ukraine to the EU, who briefed the Committee about the latest developments in his country.

Today, the Bureau of #EEA Joint Parliamentary Committee met at #EFTAHouse, before heading to @Europarl_EN. The Bureau showed solidarity and support to #Ukraine by receiving briefing from Ambassador @VVChentsov pic.twitter.com/b9N67ZNOcd

Ms Isaksen expressed her solidarity with the people of Ukraine and stated that “EFTA had condemned in the strongest possible terms Russia’s invasion of Ukraine and called on Russia to immediately de-escalate the situation, cease hostilities and to withdraw its troops from the Ukrainian territory without delay”

Mr Chentsov said “with its developed financial infrastructure, it is important that EFTA States follow course with sanctions against Russia in this sector. Furthermore, the blockage of the Black Sea prevents Ukraine to export its food production to the EU and other markets. To help the Ukrainian economy, there is a need to consider a temporary market opening for our products”.

Throughout the day, the committee discussed the broader political and economic implications of Russia’s invasion of Ukraine. EEA EFTA parliamentarians met with Witold Waszczykowski, Vice-Chair of the Foreign Affairs Committee of the European Parliament.

“Considering Russia’s oil and gas earnings to finance the war, it is essential to step up the sanctions in this sector. Also, the EU must take symbolic actions for the Russian people to know the price tag of the war”, he stressed.

The Committee also discussed the resilience of the Internal Market and the EEA with Ms Outi Slotboom, Director for Strategy and Economic Analysis at the Directorate for Internal Market, Industry, Entrepreneurship and SMEs of the European Commission. Food security and energy security were discussed with Norbert Lins, Chair of the Committee on Agriculture and Rural Development and with Christophe Grudler, Member of the Committee on Industry, Research and Energy.

Mr Lins explained that “the war in Ukraine has again put food security at the top of the priorities. The Common Agricultural Policy had been created 60 years ago for that purpose. Measures have been adopted to step up the EU food production which may help to compensate the drop in Ukrainian and Russian exports on the markets”.

Chair of @EP_Agriculture #MEP @LinsNorbert delivers overview on challenges in #FoodSecurity to members of the #EFTA Parliamentary Committee Bureau. pic.twitter.com/waUz1fiei4

Find photos from the events here.