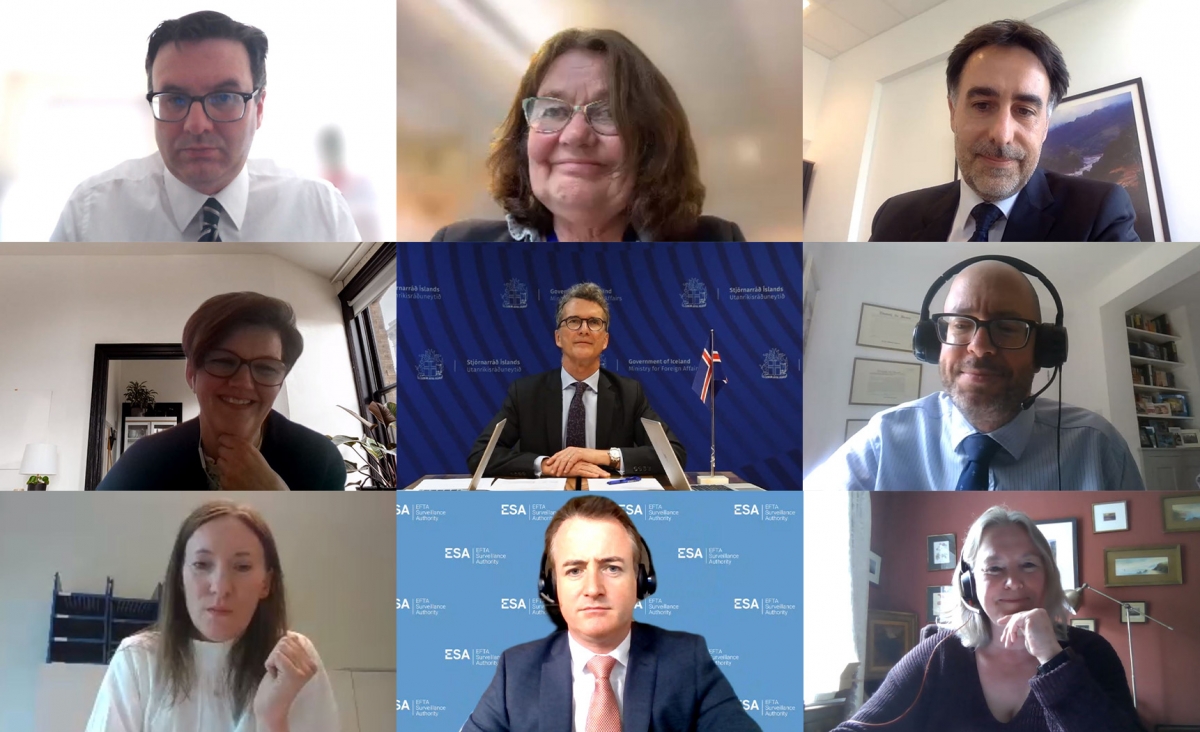 On 27 May 2021, the Joint Committee of the EEA EFTA and the United Kingdom (UK) Separation Agreement convened for their second meeting. It was chaired by officials from the Government of Iceland with representatives from the Principality of Liechtenstein, the Kingdom of Norway and the UK in attendance. Following the meeting the Committee issued a Joined Statement.

In the Joint Statement, the parties acknowledge that representatives from Iceland, Norway, Liechtenstein and the UK gave updates on their implementation and application of the Separation Agreement, with a particular emphasis on the provisions relating to citizens’ rights. They also say that representatives of the EFTA Surveillance Authority and the Independent Monitoring Authority attended the meeting, presenting information on the monitoring of the implementation and application of the Separation Agreement.

Furthermore, the Joint Statement informs that the EEA EFTA States and the UK also adopted a Decision amending Part I of Annex I to the Separation Agreement, in order to include recent relevant Decisions of the Administrative Commission for the Coordination of Social Security Systems.

Finally, the EEA EFTA States and the UK affirm in the Joint Statement that they share the objective of ensuring the continued correct implementation and application of the Separation Agreement, to provide certainty to citizens.