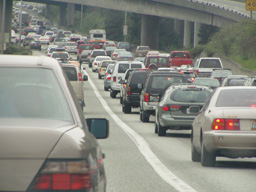 The EEA EFTA States welcome the overall goal and strategy set out in the European Commission‘s White Paper on a Single European Transport Area. In their comment to the March 2011 paper, they fully support the EU‘s efforts to achieve a single European transport market by removing barriers, taking a multimodal approach and emphasising safety and security in the transport sector.

As regards climate change and the environment, the EEA EFTA States insist on the importance of reducing energy consumption, especially that of fossil fuels. They further endorse the initiatives proposed in several key areas such as the TEN-T policy, research and development, traffic management and access to transport.

These opinions are revealed in a comment that the EEA EFTA States submitted on 19 September to the European institutions on the White Paper entitled “Roadmap to a Single European Transport Area—Towards a competitive and resource efficient transport system” (COM(2011) 144).

The EEA EFTA States draw particular attention to the importance of respecting diversity within the EEA. A differentiated transport policy in peripheral and sparsely populated areas—aimed at reducing the costs of distance—should be reflected to a larger extent in legislation and other policy instruments. Within the framework of a common European strategy and legislation, it is vital to ensure that national or local adaptations can be made to future proposals, in line with the principle of subsidiarity.