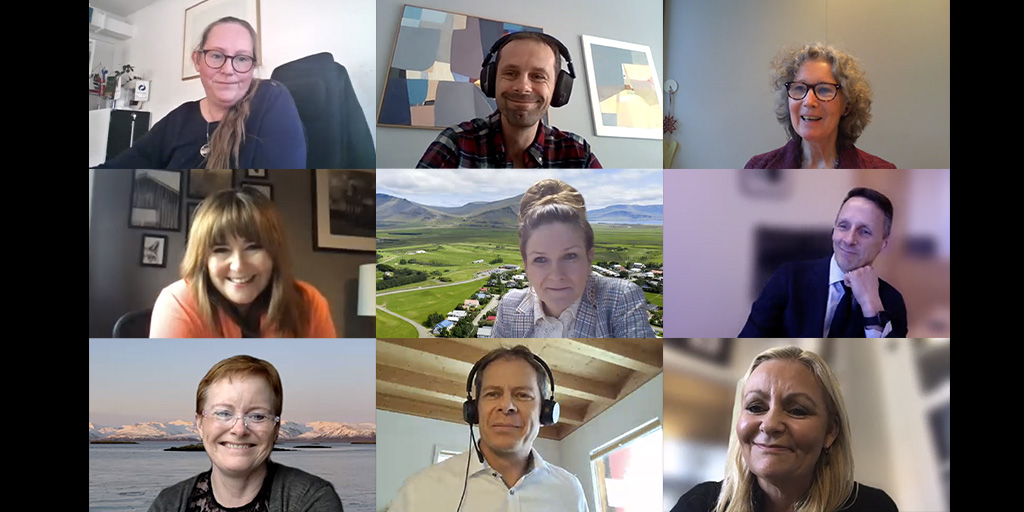 On 28 and 29 January, the 22nd Forum of local and regional elected representatives of the EEA EFTA States took place online. The Forum gathered politicians from Iceland, Norway and also Switzerland. It covered two main issues, the European Green Deal and the Directive on adequate minimum wages in the European Union.

On the first matter, Óttar Freyr Gíslason, representative of the Association of Icelandic municipalities, gave a presentation on the different issues within the Green Deal. He explained how there is room for political influence even in the smallest regions. The delegates then split into breakout rooms in their own country’s language to exchange with experts on solutions that can be undertaken.

Secondly, the delegates discussed the matter of the Directive on adequate minimum wages in the European Union. Jorunn Leegaard and Thomas Volden Åse, respectively Department Director and Adviser in the Working life Employer policy department of KS Norway, gave an introduction to the issue.

After a first day introducing matters, the second day of the Forum aimed to conclude on concrete issues on which the delegates wish to work in future meetings. The delegates were also invited to a roundtable where current local and regional affairs from each represented country were shared.