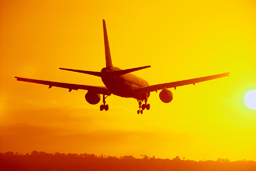 The EEA EFTA States have submitted comments to the Greek Presidency of the Council of the European Union, the European Commission and the European Parliament on the proposal for a directive on package travel and assisted travel arrangements.

The reform proposed in the directive responds to a fundamental transformation of the travel market: Citizens are increasingly taking a more active role in tailoring their holidays to their specific requirements, notably by using the internet to combine travel arrangements rather than choosing from ready-made packages out of a brochure. Today's rules are difficult to apply in the internet age where consumers are increasingly booking customised packages online (either from one trader or several commercially linked traders) – which leaves buyers uncertain if they can count on protection and traders unclear of their obligations. Therefore, this update of the rules from 1990 is essentially about bringing the Package Travel Directive into the digital age. It means that an additional 120 million consumers who buy these customised travel arrangements will also be protected by the directive.

In their comments, the EEA EFTA States note that they have studied the proposed update to the directive with great interest, and recognise that the travel industry is a typical international industry. They  also acknowledge that there is a special need for harmonised regulation in this industry  in order to establish a level playing field for businesses. However, the EEA EFTA States recommend extending the possibility to derogate from the directive to more areas compared to the current proposal, in order to maintain or introduce stronger consumer protection where this is considered necessary by the Member States. Among other things, the EEA EFTA States recommend that business travellers be excluded from the scope of the proposal, as they are as capable as organisers or retailers of managing the risk of travel.