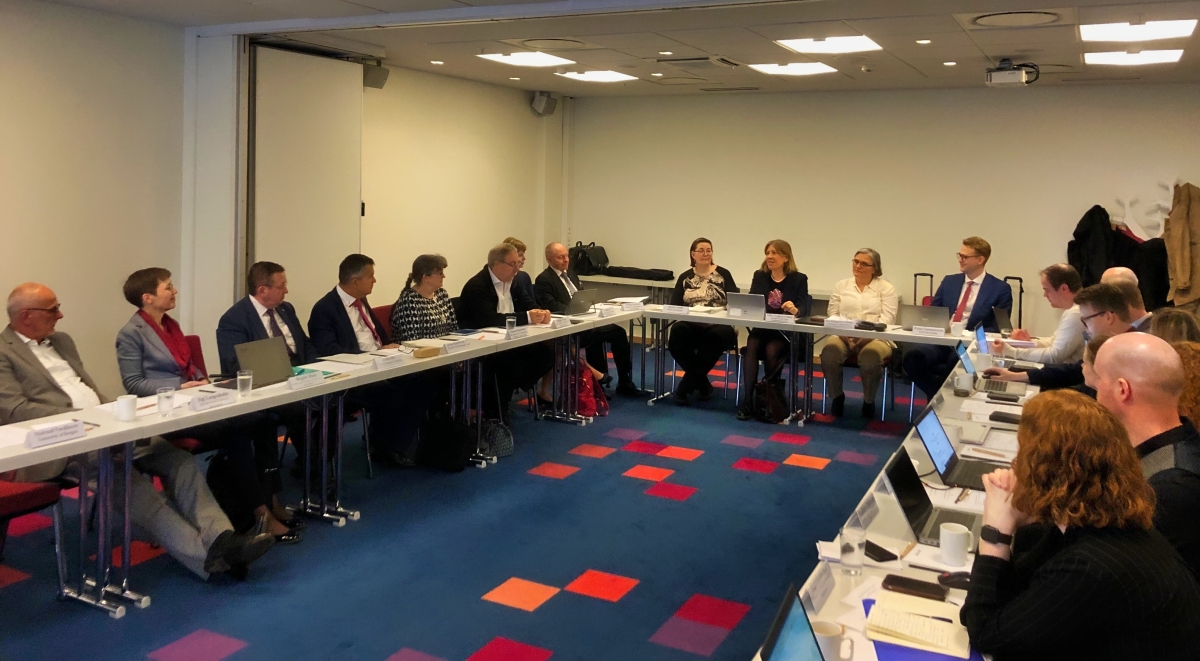 The European Economic Area Consultative Committee (EEA CC) held their 30th  meeting in Bergen, Norway on 11 May 2022. The meetings of the EEA CC are held annually in one of the EEA States. At the meeting two resolutions and reports were discussed and approved by the Committee. One resolution and report was on the social implications of the Fit for 55 package and the second on the challenges and opportunities of greater use of artificial intelligence in working life.

The EEA CC adopted a statement after their annual meeting to express solidarity with Ukrainian social partners and civil society and condemned the unprovoked and illegal Russian aggression against Ukraine.

The EEA CC, which consists of social partners from both the EEA EFTA and EU side, emphasised the “monumental societal and economic effects the Fit for 55 package will have, not only on the EU Member States, but also on the EEA EFTA States that are fully integrated in the Single Market and are expected to adopt a large share of the proposed legislation”. The resolution and report were presented by co-rapporteurs Ms Nora Hansen, on behalf of the EFTA Consultative Committee and Ms Kinga Joó from the European Economic and Social Committee (EESC). Ms Joó said “A fair transition should be seen as an opportunity. However, solutions to cope with energy poverty are also essential. Not all EEA Member States are impacted in the same way, and we need to stay vigilant to help the most fragile.”

The Committee also had a discussion on EEA law and the EFTA Court with the Registrar of the Court Mr Ólafur Jóhannes Einarsson and Professor Halvard Haukeland Fredriksen of the University of Bergen. “The EEA Agreement is not about giving access to the Internal Market; it is about integration and full participation or extension of it to EEA EFTA States. It is therefore important for EEA EFTA States to have a Court that is trusted by the other side,” stressed Professor Fredriksen. 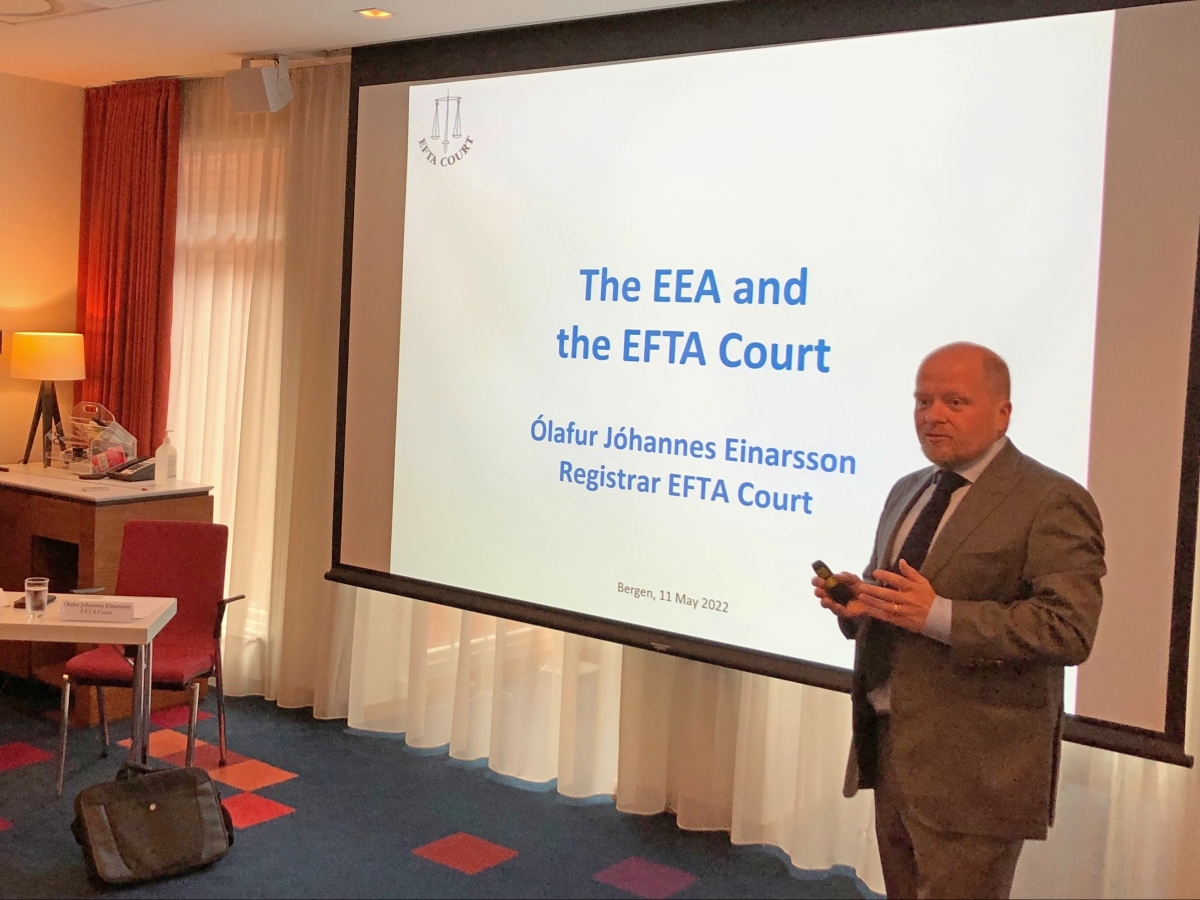 Challenges and opportunities of AI in working life

The EEA CC further discussed and adopted a resolution and report on the challenges and opportunities of greater use of artificial intelligence in working life. Co-rapporteurs Dr István Komoróczki from the EESC assisted by Dr Zoltán Illés, of the Central European University, and Mr Phillip André Charles from the EFTA Consultative Committee presented the work.

The resolution touched upon recent legislative developments in the field of AI within the EEA and presented the opinions of the social partners on its impact with a focus on the workplace. In the resolution it is noted that that “although many of the areas related to artificial intelligence are covered by existing legislation, both European Commission and EFTA governments should address issues  raised by the increased use of artificial intelligence in the workplace in a comprehensive and systematic manner more generally while following principles such as transparency and human monitoring”.

Komoróczki,  stated at the meeting that “Opportunities of artificial intelligence should be harvested while striking a fair balance to sustain the workforce. A close cooperation between social partners is therefore needed.”

Phillip André Charles stressed that “Artificial intelligence systems may be developed in countries not relying on the same system of values as in the EEA. Therefore the 7 principles of the expert group of the European Commission and the respect of the EU Charter of Fundamental rights should be respected”.

Mr Illés said that “People should be informed about the possible consequences of AI and ultimately be able to make a final decision, not the machines. We need human creativity and interpersonal relations.”

Finally, the social partners heard an intervention from Dr Karsten Friis from the Norwegian Institute of International Affairs (NUPI) on the security situation in the Arctic region, with Russia’s illegal war with Ukraine and recent international developments in mind. Dr Friis said “Given their geographic location, the accession of Sweden and Finland to NATO would be a proper game changer for the security in the North”. 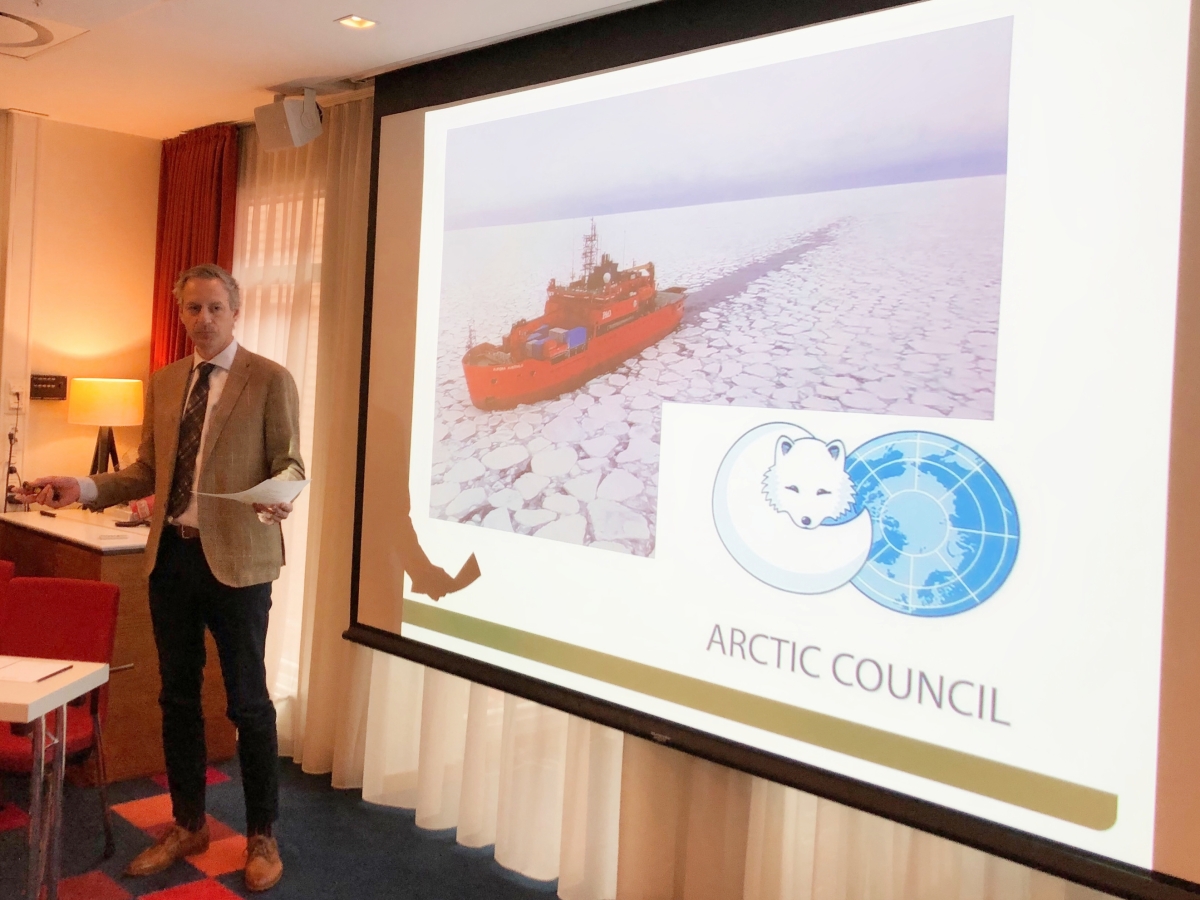