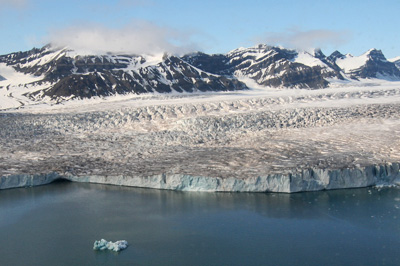 Last year, the EU adopted a climate and energy policy framework for 2030, including a greenhouse gas emission reduction target of at least 40% below 1990 levels. Norway and Iceland have announced that they want to fulfil equivalent targets jointly with the European Union and its Member States.

The EU and the EEA EFTA States’ climate policies are largely aligned. They have binding greenhouse gas (GHG) emission reduction targets for 2020, and a similar set of instruments to achieve them, adopted mainly as part of the 2009 Climate and Energy Package. Most of the legislation implementing that package is EEA relevant and has been or is in the process of being incorporated into the EEA Agreement. Examples include the Directive establishing the Emissions Trading System (ETS), the Renewable Energy Directive, the Fuel Quality Directive, and the Regulations setting emission performance standards for new passenger cars and light commercial vehicles, as well as supporting legislation such as the Ecodesign Directive and the Energy Labelling Directive.

The EU Member States and the EEA EFTA States are also parties to the United Nations Framework Convention on Climate Change (UNFCCC) and have binding GHG emission reduction targets under the Kyoto Protocol up to 2020. The EU Member States agreed to fulfil their obligations jointly under the Kyoto Protocol, meaning they have a collective target as a group and need to agree amongst themselves on how to achieve it. The instruments to ensure that the EU’s collective GHG emission reduction target is achieved are the ETS Directive, an EU-wide cap and trade system covering emissions from power plants and large industrial plants, and the Effort Sharing Decision assigning each EU Member State a target covering emissions from sectors not included in the ETS, such as transport, buildings, agriculture and waste.

The Effort Sharing Decision, as opposed to the ETS Directive, is not EEA relevant and was therefore not incorporated into the EEA Agreement as it merely distributes the EU’s collective target, which does not bind the EEA EFTA States as they have their own targets. When Iceland requested in 2009 to fulfil its obligation jointly with the EU and its Members States, this had to be done outside of the EEA framework in the form of an agreement between Iceland and the EU and its Member States[1]. This agreement sets out the terms governing Iceland’s participation in the joint fulfilment, notably including an Icelandic target for emissions from sectors not covered by the ETS and applicable reporting obligations.

One of the reasons why Norway and Iceland are interested in joint fulfilment in the context of the 2030 framework is that they want the same flexibility as EU Member States for achieving their targets also for sectors not covered by the ETS. Flexibility mechanisms that would allow Member States to count emission reductions taking place in another Member State towards their national targets are currently being discussed at EU level. With the role of international credits in a post-Kyoto framework still unclear, and limited emission reduction potential at national level, the EEA EFTA States might well want to make use of such flexibility mechanisms to achieve at least part of their emission reduction targets. Furthermore, access to such flexibility mechanisms for the EEA EFTA States, which are likely to be at the “demand” end in terms of credits, could also be beneficial for some EU Member States, particularly those likely to be at the “supply” end.

On a technical level, experts from the EEA EFTA States are following EU effort-sharing discussions as closely as possible, notably to assess whether it would be possible to determine a national target for non-ETS sectors for the EEA EFTA States on the same basis and at the same time as for the EU Member States, and what these targets would look like.