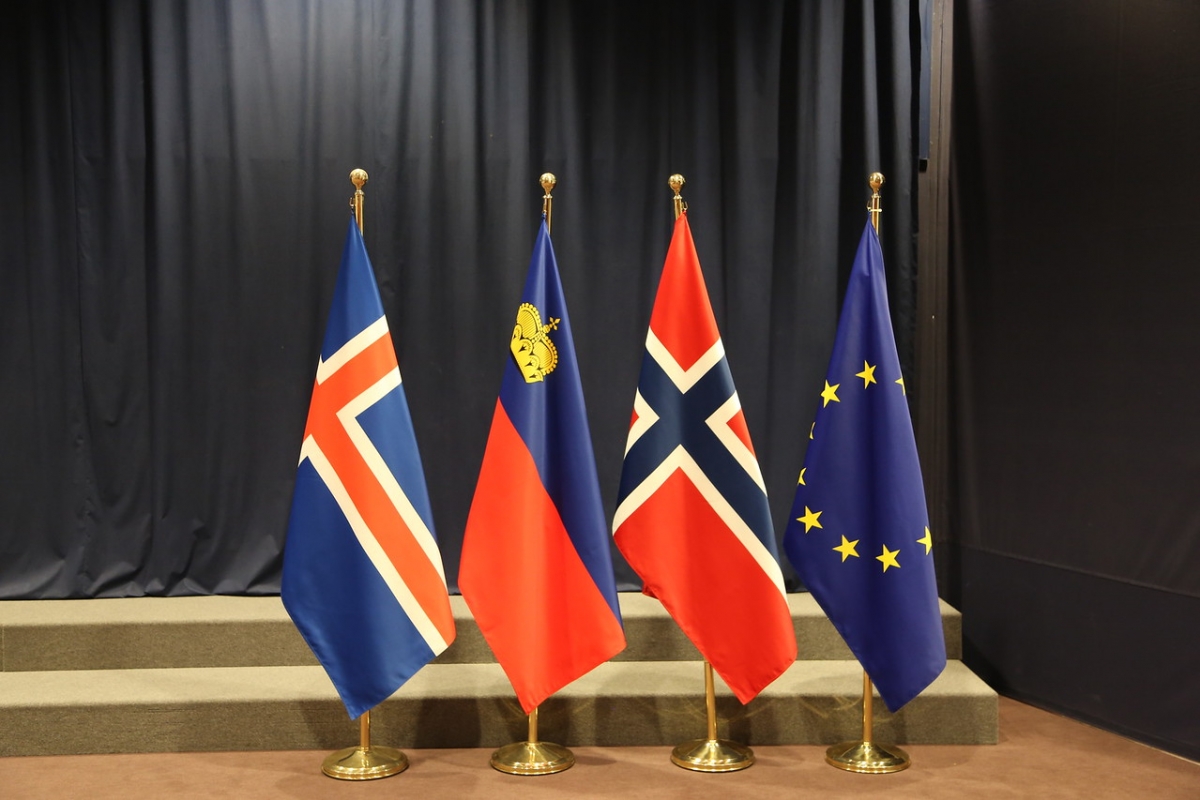 The 49th EEA Council will take place on 23 May 2018 in Brussels. The EEA Council meets twice a year at ministerial level and provides political impetus for the development of the EEA Agreement.
In addition to discussing the overall functioning of the EEA Agreement, the EEA Council will hold an orientation debate on the Review of the European Supervisory Authorities.
Prior to the meeting of the EEA Council, EEA EFTA Ministers will have an informal political dialogue with EU counterparts on the implications of Brexit for the EEA Agreement, in addition to the EU's engagement with the Western Balkans. Discussions will focus on the need to ensure the continuation of a well-functioning homogenous EEA.
The EEA Council meeting will be conducted under the Presidency of Mr Emil Karanikolov, Minister of Economy of Bulgaria, representing the Presidency of the Council of the European Union.
The meeting will be chaired by Mr Guðlaugur Þór Þórðarson, Minister for Foreign Affairs of Iceland representing the EEA EFTA States. He will be accompanied by Ms Ine Eriksen Søreide, Minister of Foreign Affairs of Norway, and Ms Aurelia Frick, Minister of Foreign Affairs of Liechtenstein, as well as by Members of the Council of the European Union and representatives of the European Commission and the European External Action Service.
Find the agenda here. Further documents will be added soon.
Share this
Email Facebook Twitter Google Plus LinkedIn