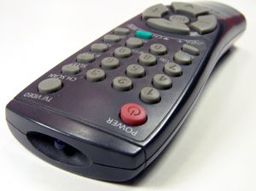 Among the legal acts incorporated into the EEA Agreement on 15 June 2012 were the Audiovisual Media Services (AVMS) Directive and the CLP Regulation on the labelling of chemicals.

As online streaming, video-on-demand and mobile TV have become important forms of media consumption, in 2007 the EU revised its rules on traditional TV broadcasting to accommodate a new generation of media services in the digital age. The AVMS Directive aims at creating a single market for all such services, providing legal certainty for businesses and more diverse and quality programming for viewers. The Directive modernises TV advertising rules, thus facilitating the financing of audiovisual content. The AVMS Directive amends the former Television without frontiers Directive.

In addition to the AVMS Directive, the Classification, Labelling and Packaging (CLP) Regulation has also been incorporated into the EEA Agreement. This Agreement aligns the EU’s system of classification, labelling and packaging of chemical substances and mixtures to the UN based Globally Harmonised System (GHS). It is expected to facilitate global trade and the harmonised communication of hazard information of chemicals and to promote regulatory efficiency. The new regulation replaces the orange hazard symbols with symbols on a white background with red frame. For hazardous products two new symbols are introduced.