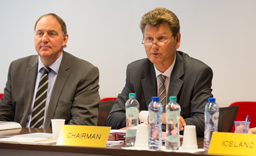 New rules on the screening of liquids, aerosols and gels at EEA airports were among the 34 EU legal acts adopted by the EEA Joint Committee on 15 July 2013.

Two directives on the rules regarding the screening of liquids, aerosols and gels (LAGs) at airports have been incorporated into the EEA Agreement. The rules aim to progressively phase in a screening system for liquid explosives and to completely lift restrictions on carrying LAGs from January 2016. The first step of this phased approach will enter into force on 31 January 2014 and will make it mandatory for airports to commence screening with special liquid explosive detection equipment. The operational impact of this first phase will be closely monitored and evaluated, and if successful will lead to further legislative amendments.

In addition, on 8 July 2013, the EEA EFTA States and EU adopted two Joint Committee Decisions (JCDs) by written procedure, an exceptional procedure whereby JCDs of an important or urgent nature are adopted outside the regular Joint Committee meetings. The two JCDs incorporate the EU budget line for 2013 on the Internal Market and secure EEA EFTA participation in the EU Statistical Programme for 2013.

At the EFTA Standing Committee meeting earlier in the day, Iceland introduced its Work Programme for the second half of 2013.

Provisional texts of the 18 adopted JCDs from 15 July 2013 and the two JCDs adopted by written procedure on 8 July 2013.

High-resolution photos from the meeting can be found here.