Ministers brief advisory bodies on developments in the EEA 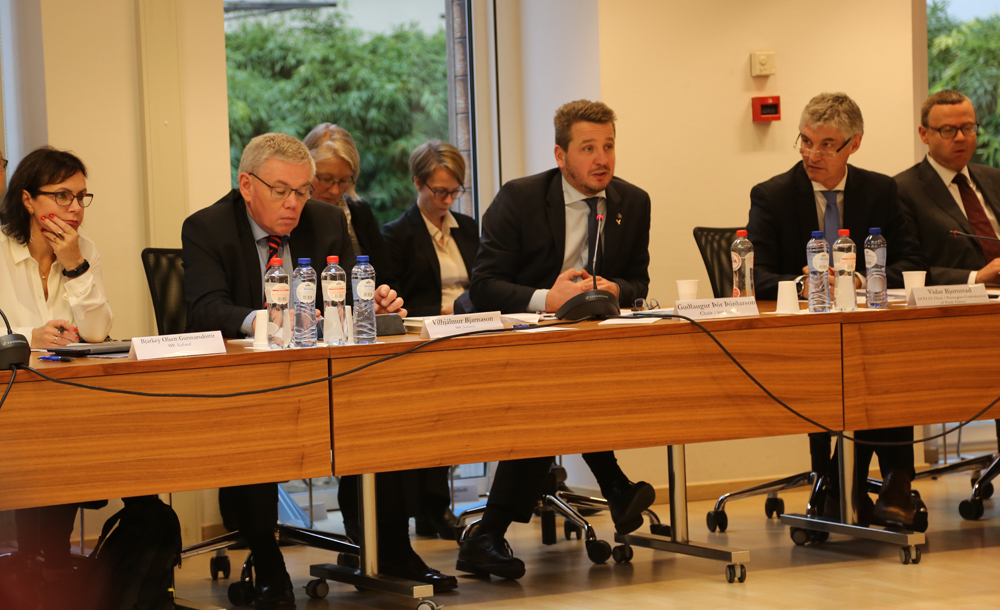 On 15 November 2016, the EFTA Parliamentary and Consultative Committees met with EEA EFTA Ministers in Brussels. This annual meeting takes place in connection with the EEA Council and provides an opportunity for the two advisory bodies to discuss current issues in the EEA with the Ministers.
The meeting was co-chaired by Mr Guðlaugur Þór Þórðarson, Chair of the Parliamentary Committee, and Mr Vidar Bjørnstad, Chair of the Consultative Committee. It was attended by Ms Elisabeth Vik Aspaker, Norwegian Minister of EEA and EU Affairs; Ms Aurelia Frick, Minister of Foreign Affairs for Liechtenstein; and Mr Stefán Haukur Jóhannesson, Permanent Secretary of State at Iceland’s Ministry for Foreign Affairs.
Mr Þórðarson emphasised the importance of the EFTA States following closely the next steps taken by the UK Government with regard to Brexit.
“There are both opportunities and threats in the current situation. Our opportunities lie in the fact that the United Kingdom will soon start negotiating free trade agreements all over the world. There, the EFTA States might have a common interest with the UK,” he said.
Ms Vik Aspaker briefed the Committees on the discussions that had taken place at the EEA Council, where Brexit was among the main concerns for the EEA EFTA States.
“It was first of all underlined that, pending a notification on British withdrawal from the EU, as stipulated by Article 50 of the Treaty on European Union, there should be no change in the UK’s relations with the EEA EFTA States. These relations will continue to be governed by the current arrangements, including the EEA Agreement,” she said.
“However, we also emphasised that a decision by the UK to leave the EU will also have consequences for the EEA. In order to safeguard the EEA Agreement and to ensure the continuation of a well-functioning, homogeneous Internal Market in Europe, it will be crucial to have continuous exchange of information between the EU and the EEA EFTA States on the future relations between the EU and the UK.”
The meeting of the EEA Council mostly focused on the overall functioning of the EEA Agreement, and on the political dialogue.
“At a time when we are faced with a number of uncertainties that will shape future developments in the EU, it is more important than ever to make our cooperation in the EEA a political priority and to meet our obligations – to ensure that the Agreement continues to function well,” Ms Vik Aspaker told the advisory bodies.
She also highlighted recent developments with regard to the EEA Agreement, including the agreement reached on the continuation of the EEA Grants for the 2014-2021 funding period, the incorporation of the EU Regulations establishing the European Financial Supervisory Authorities into the EEA Agreement, and the measures taken by the EEA EFTA States to reduce the number of legal acts awaiting incorporation.
Earlier in the day, EFTA’s two advisory bodies had discussed Brexit with a panel of experts, and the possible consequences of Brexit for the UK, the EU and the EEA.
Share this
Email Facebook Twitter Google Plus LinkedIn