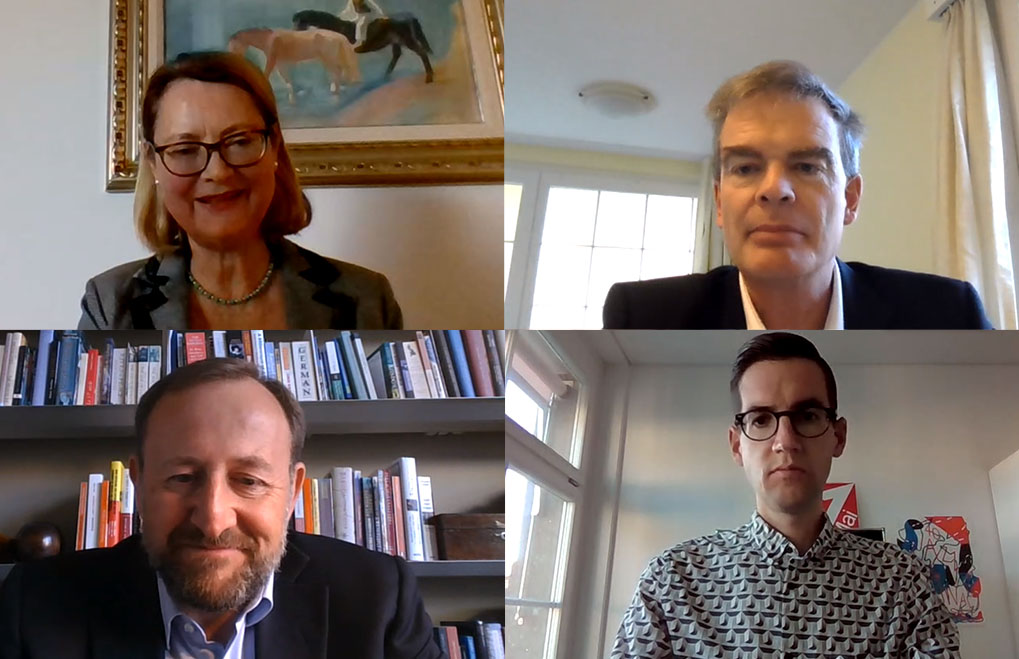 On the margins of the EEA Council, the EFTA Consultative Committee (EFTA CC) convened on 18 November 2020 through videoconference under the Chairmanship of Jan Atteslander.

In their last meeting of the year, members elected a new Committee Chair and Bureau members adopted their Work Programme 2021 and exchanged on the impact of COVID-19 on the Single Market as well as on the EU’s minimum wage proposal.

The CC has defined an ambitious agenda under their new Work Programme for 2021. Under third-country relations, EFTA CC members will focus in particular on the implementation of ‘Trade and Sustainable Development’ chapters, a new chapter on ‘E-commerce’ and new measures on increasing transparency in trade negotiations. The Committee will also follow up on the ratification process of the FTAs with Mercosur, Indonesia and Turkey and ongoing negotiations with India, Malaysia and Vietnam. Relating to EU initiatives, the Committee aims to address new EU initiatives on a minimum wage, a carbon border adjustment mechanism, a digital levy, platform workers, foreign subsidies and public procurement. The EFTA CC will also follow closely the EU-UK negotiations on future relations and their implications for EFTA and the EEA Agreement.

During the meeting, the new CC Chair and Bureau members for next year were also elected. Reto Wyss from the Swiss Trade Union Confederation will take over from Jan Atteslander (economiesuisse) as Chair. Björg Ásta Þórðardóttir (Federation of Icelandic Industries), Robert René Hansen (Norwegian Confederation of Trade Unions) and Brigitte Haas (Liechtenstein Chamber of Commerce and Industry) will represent their respective countries in the Bureau.

In the second part of their meeting, CC members exchanged on how the EEA is coping with the COVID-19 pandemic, together with the President of the EFTA Surveillance Authority, Bente Angell-Hansen and the Deputy Director-General of DG Competition in the European Commission, Carles Esteva Mosso. The two speakers shared their views on the lessons learned and new challenges facing the Single Market and competition policy.

The CC members also convened with the EFTA Parliamentary Committee to discuss the EU’s recent proposal on a minimum wage. Barbara Kauffmann, Director Employment and Social Governance at the Directorate for Employment, Social Affairs and Inclusion of the European Commission, presented the proposed EU Directive on adequate minimum wages across the EU/EEA which would now go through the EU legislative process and be discussed and amended both by the European Parliament and the Council of the EU. Following his presentation, two members of the European Parliament, Kira Marie Peter-Hansen (Greens/European Free Alliance) and Dennis Radtke (European People’s Party) outlined the position of their political groups.

The EFTA CC is an advisory body that brings together representatives of employers’ associations and trade union confederations in the four EFTA countries.