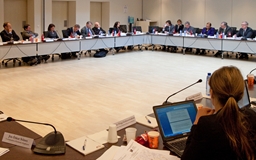 The EFTA Consultative Committee met yesterday in Brussels to discuss the latest developments in EFTA and the EEA. Members focused especially on international trade issues including EFTA's third country relations, with specific emphasis on the relationship between trade and labour and trade and environment.

To allow for more in-depth discussions, the Committee held an exchange of views with Mr Kåre Bryn, EFTA Secretary-General, Ms Cleopatra Doumbia-Henry, Director of the ILO Standards Department, and Mr Jonathan Peel, Member of the European Economic and Social Committee Permanent Study Group on the WTO and Other International Trade Agreements. Mr Bryn touched upon the discussions currently underway in EFTA on trade and environment and trade and labour standards and the work of EFTA's two ad hoc working groups on these issues. Ms Doumbia-Henry informed members about the work of ILO to improve international labour standards and how this work relates to international and bilateral trade  agreements. Mr Peel presented the work of the EESC, the EFTA CC counterpart in the EU, on international trade, and explained how organised civil society in the EU deals with sensitive issues such as sustainability and labour standards in a trade context and how they cooperate with partners in third countries.

In addition to international trade issues, the Committee discussed the new regime in Europe for small and medium-sized Enterprises (SMEs). Ms Maarit Nyman of the European Commission briefed members on the implementation of the Small Business Act for Europe and pointed to some of the key challenges and measures undertaken so far to support SMEs at European level. Finally, the Committee prepared for joint meetings with the Standing Committee and the EFTA Working Group on Health and Safety at Work and Labour Law the following day. 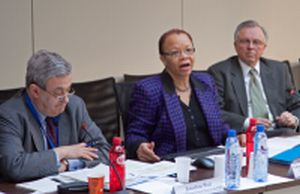 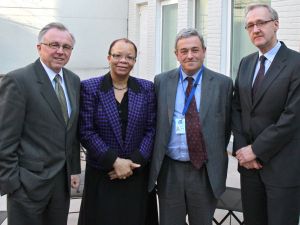