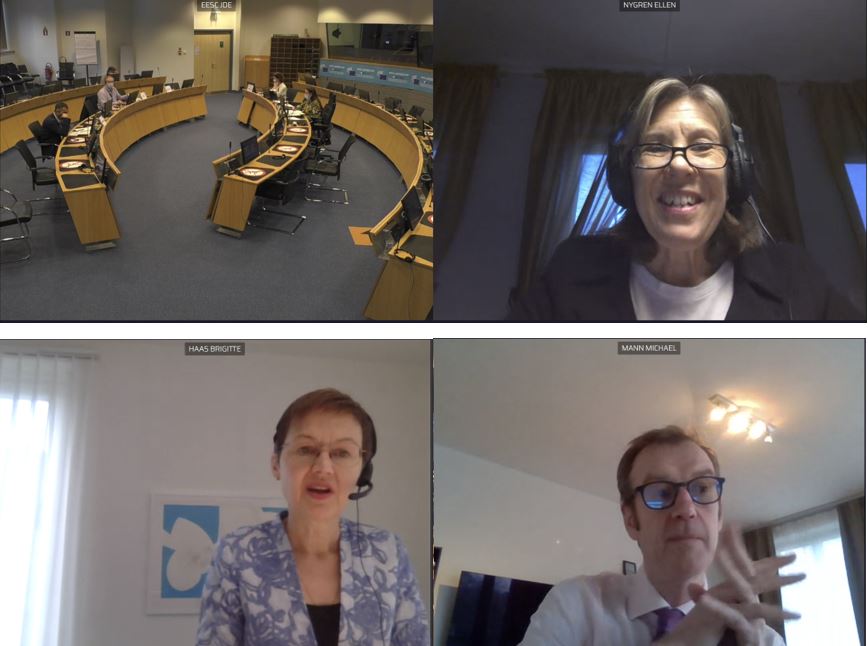 On 14 December 2021 the EEA Consultative Committee (CC) met for its yearly meeting in a hybrid setting. The Committee comprises of social partners from the EEA EFTA States: Iceland, Liechtenstein, and Norway, with EU colleagues from the European Economic and Social Committee (EESC).

The Committee adopted two resolutions and reports and discussed the EU’s new Arctic policy: on a stronger EU engagement for a peaceful, sustainable, and prosperous Arctic, with Michael Mann, the European External Action Service (EEAS) Special Envoy in the region.

The EEA CC discussed and adopted a resolution on the Commission’s Action Plan to implement the European Pillar of Social Rights that was introduced earlier this year, and it welcomed the efforts of the Commission. The resolution also underlined the crucial role of social dialogue and the importance of recognising the autonomy of social partners and their right to collective action.

Further the Committee deliberated and adopted a resolution on the so-called Global Agreement on Minimum Effective Taxation and the implementation of the agreement in the EEA. This Agreement which has been spearheaded by the OECD and G20 introduces re-allocation of taxing rights and seeks to establish a global minimum level of effective taxation. The EEA CC in its resolution supported the Agreement and called for its swift and consistent implementation within the entire EEA. It welcomed a 15% global minimum corporate tax rate as a step towards making international tax agreements fairer and more effective.

At the meeting, Ellen Nygren, co-chair of the EEA CC from the EESC, referred to the negative effects the pandemic had on the four freedoms of the EEA Agreement, but she emphasised the generally unproblematic relationship between the EU and the EEA EFTA States which had a stable foundation and good prospects for success.

Brigitte Haas, who co-chaired the EEA CC meeting on behalf of the EFTA CC emphasised, that there were various trends taking place in the EEA context that the Committee should continue to keep a close eye on, such as the continued implementation of the EU’s emerging social policy and its impact on the EEA, and the digital and green transitions.

The EEA Consultative Committee works to strengthen contacts between social partners in the EEA, to cooperate in an organised and regular manner to enhance awareness of the economic and social aspects of the EEA, and to provide input through resolutions into deliberations of other EEA bodies.