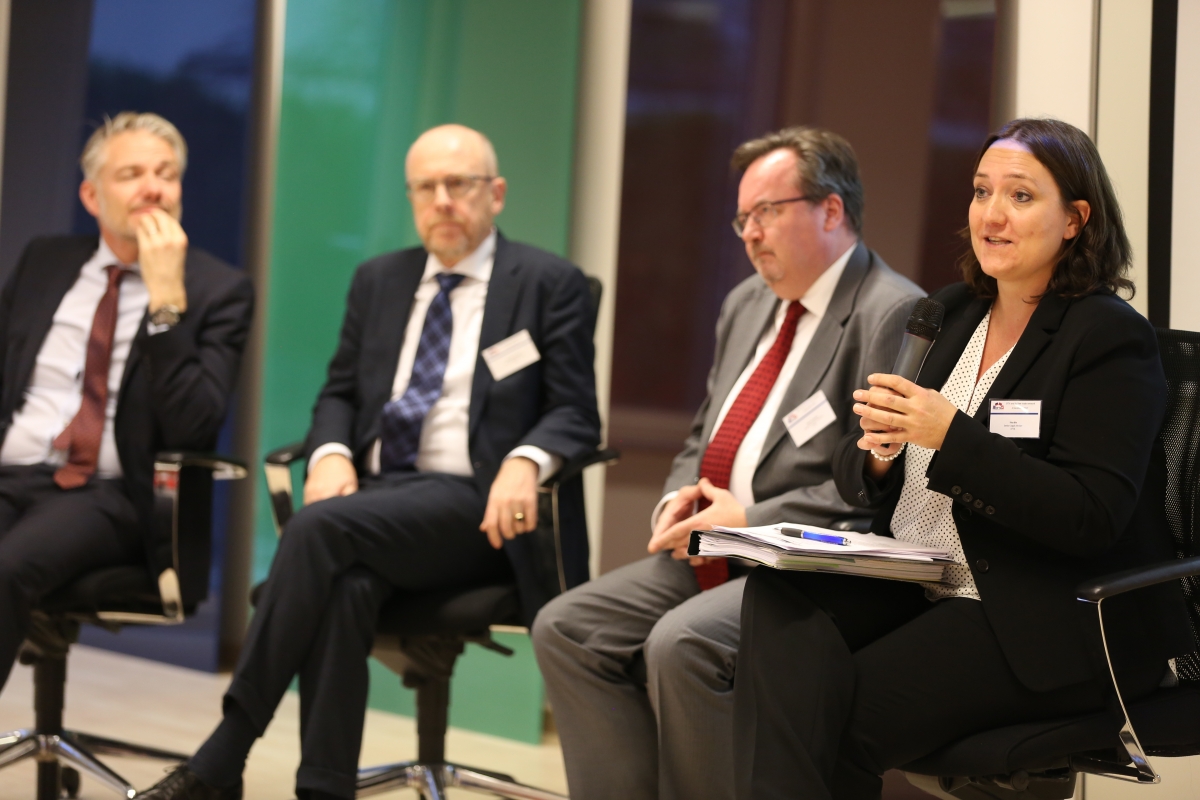 The speakers from the EFTA seminar on free trade answered questions from the audience.
On Monday 4 December 2017, the Brussels Secretariat of EFTA hosted a seminar on EFTA’s free trade relations.

Deputy Secretary-General Dag Wernø Holter opened the seminar and welcomed participants to the Secretariat: “EFTA was founded in 1960 on the premise of free trade as a means of achieving growth and prosperity among its Member States, promoting closer economic cooperation between Western European countries and contributing to the expansion of trade globally,“ he said.

Adalsteinn Leifsson, Director of the Secretary-General’s Office, then explained how the history of EFTA and the EU are intertwined. Both born in the post war era and their roots are to be found in the idea and conviction that further and closer cooperation through trade was vital not only for European reconstruction and economic growth, but also for long-term stability and prosperity.

Ms Bie explained that the objective of the founding Member States of EFTA had been to establish a free trade area between themselves. The EFTA Convention therefore contained basic rules regarding free trade in goods and related disciplines. The authors of the Convention had been pragmatic in their approach, establishing a framework that spelled out the necessary minimum set of rules, rather than trying to legislate in detail and in advance of every eventuality.

Deputy Secretary-General Martin Zbinden gave a presentation on EFTA’s free trade relations and its relations with the rest of the world. From a historical perspective, the EFTA Convention had been set up to manage trade within Europe, to secure equal terms and to avoid discrimination. In the late 1990s, the EFTA States made the decision to negotiate with partners globally. Today, EFTA has 27 free trade agreements with 38 countries and territories, in addition to ongoing negotiations with Ecuador, India, Indonesia, Malaysia, Mercosur and Vietnam. 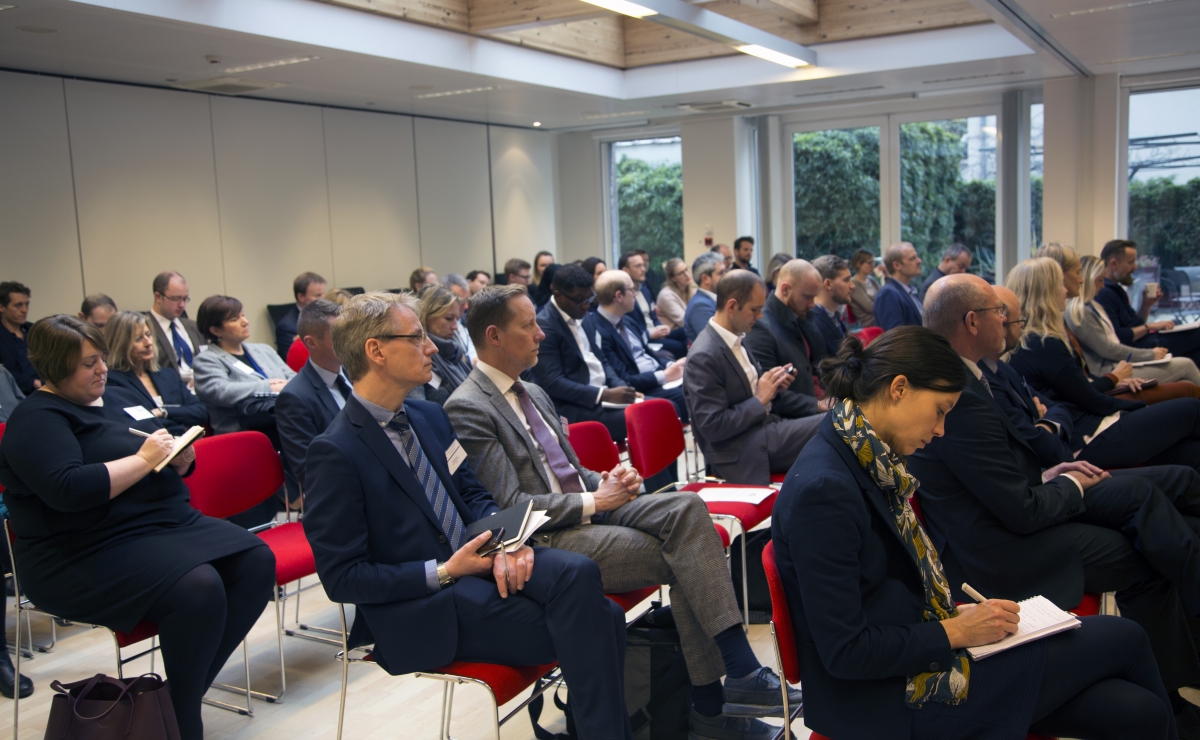 The drivers for EFTA’s trade relations are economic and commercial: to increase efficiency, promote competition and strengthen trade liberalisation and growth potential. Further aims are to secure market access and ensure a level playing field with other competitors, such as the European Union, the United States, Japan and China. In some cases, it is politically important to help secure economic integration. Access to emerging markets can also result in competitive advantages and, as a group, the EFTA States have more economic and political weight.
The presentations were followed by a lively Q&A session.
Presentations:
The EFTA model of cooperation - Adalsteinn Leifsson, Director, Secretary General’s Office, EFTA Secretariat
The EFTA Convention; relations between the EFTA States - Ylva Bie, Senior Legal Adviser, EFTA Secretariat
EFTA Free trade relations; relations with the rest of the world - Martin Zbinden, Deputy Secretary-General, EFTA Secretariat
High-resolution photos from the seminar can be found here.
Share this
Email Facebook Twitter Google Plus LinkedIn