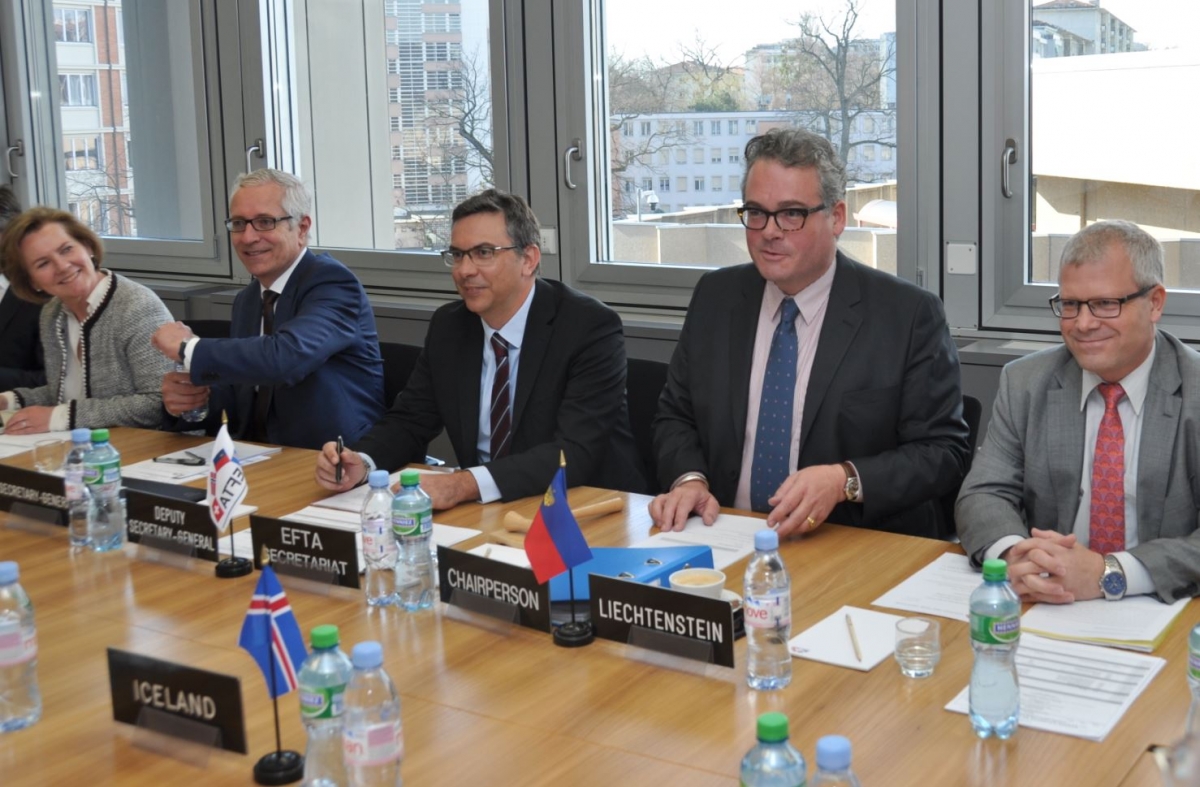 Today, the EFTA Council met for the second time in 2019 under Liechtenstein Chairmanship. During the meeting, the delegates discussed work with regard to third countries, in particular on a recent round of negotiations on a comprehensive free trade agreement with Mercosur, the meeting regarding the update of the Free Trade Agreement with the Southern African Customs Union (SACU) and the third joint committee meeting with the Gulf Cooperation Council (GCC. ) Delegates furthermore discussed the preparations for the upcoming EFTA Ministerial meeting which will take place in Malbun, Liechtenstein, in June.

The EFTA Council is the highest governing body of EFTA. The Council usually meets eight times a year at ambassadorial level (Heads of Permanent Delegations to EFTA) and twice a year at ministerial level. In the Council meetings, the delegations consult with one another, negotiate and decide upon policy issues regarding EFTA. Each Member State is represented and decisions are reached through consensus.