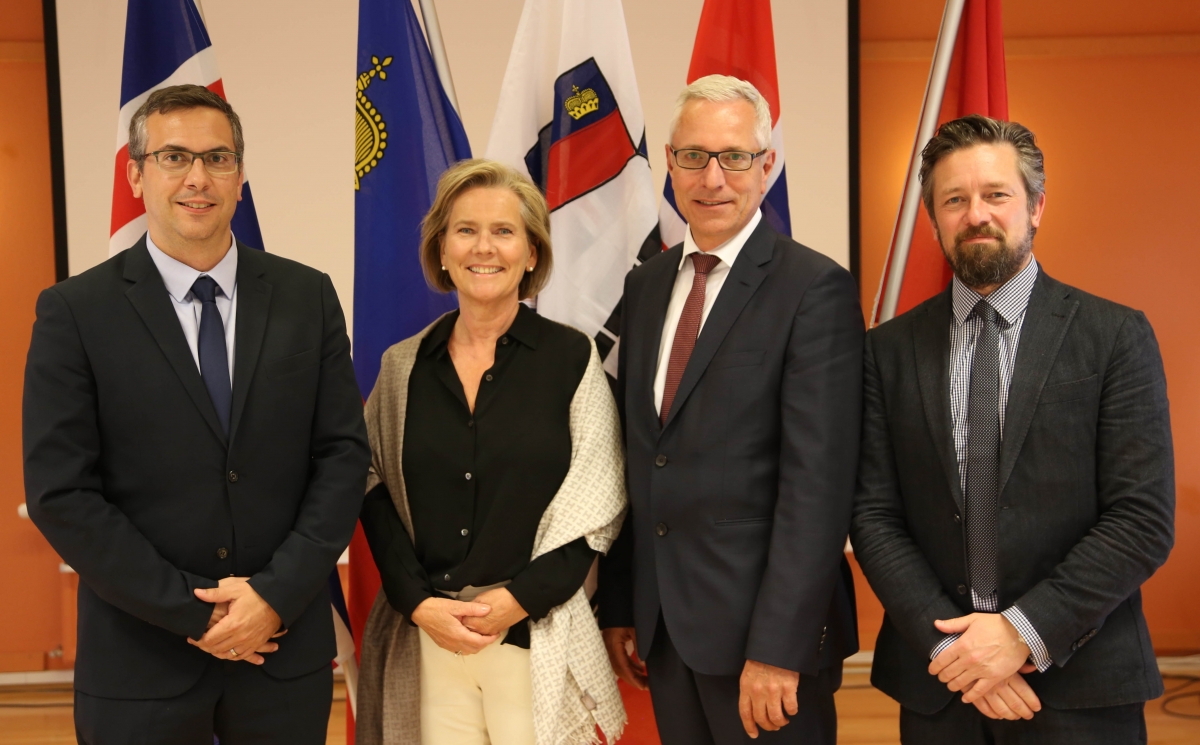 Mr. Gétaz is a Swiss Ambassador. Before being appointed as Secretary-General of EFTA, he headed the Directorate for European Affairs DEA within the Federal Department of Foreign Affairs FDFA. In this capacity, he was responsible for coordinating ongoing negotiations between Switzerland and the European Union, including leading negotiations on a new framework institutional agreement for Swiss-EU relations.

“EFTA has a central role to play in many respects for its members, but also as a group of countries dedicated to the idea of freedom and the rule of law when it comes to trade relations. EFTA has been part of European construction from the outset and may have an even more important role at the present juncture of European integration. I am therefore thrilled to join the Association today,” Mr. Gétaz said.

Ms. Hege Marie Hoff has worked within the Norwegian Ministry of Foreign Affairs for the last 25 years, most recently as Director in the section of EEA and trade law. She was also a Senior Legal Adviser at the EFTA Secretariat from 1999-2004.

Mr. Pascal Schafhauser is a diplomat from Liechtenstein, who most recently served as Deputy Permanent Representative of Liechtenstein in Geneva.