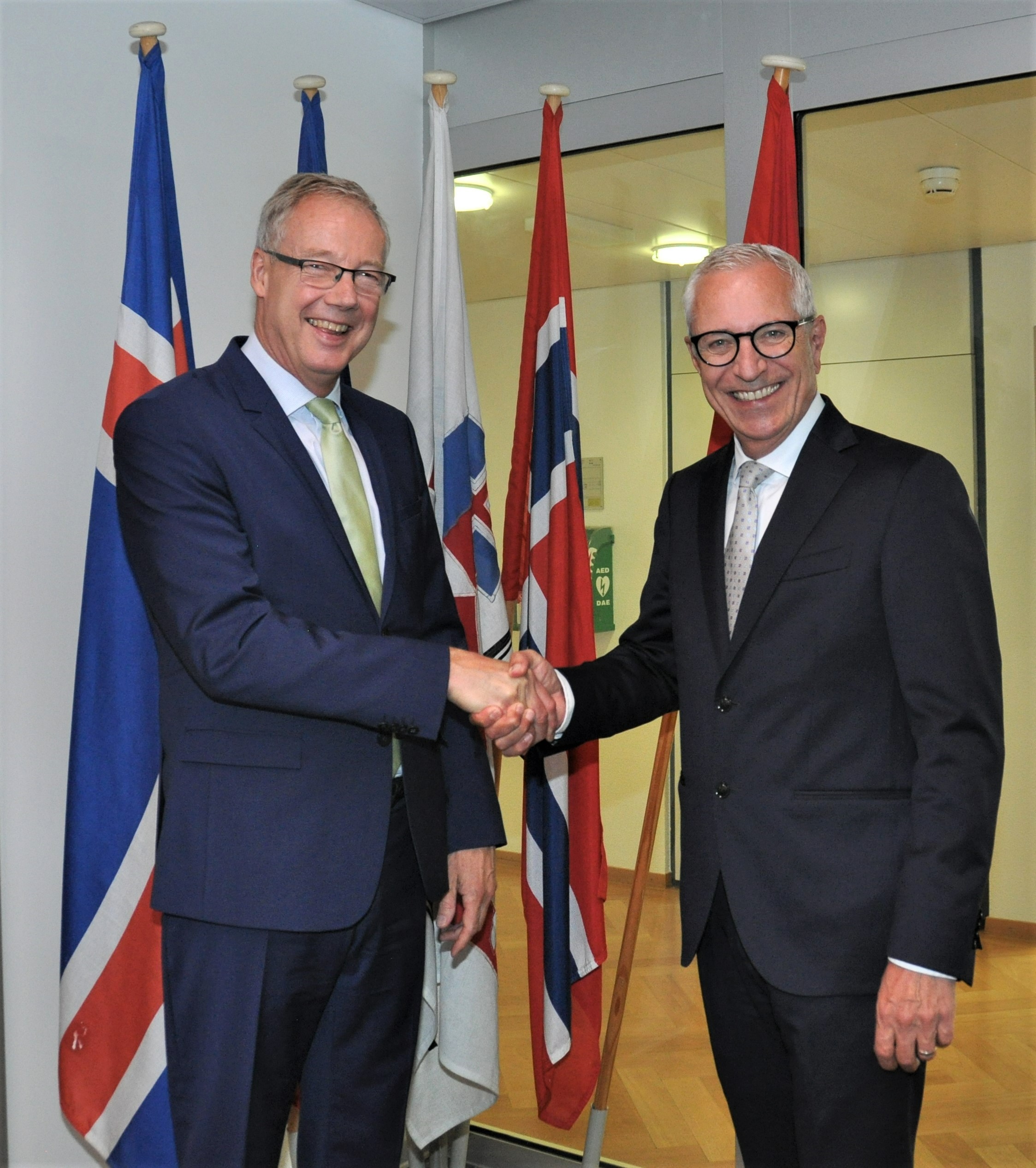 Ambassador Petter Ølberg met with Secretary-General Henri Gétaz on 2 September 2022 in Geneva to present his credentials as Norway's representative to EFTA.

In August 2022, Ambassador Ølberg took up his duties as Permanent Representative of Norway to EFTA, WTO, and other International organisations in Geneva.

He served previously as Ambassador to the Federal Republic of Germany in Berlin. Before that he was Director General in the Department for Economic Relations and Development at the Norwegian Ministry of Foreign Affairs. Over the course of his career in the Norwegian Foreign Service, he has held various positions, including Director of Security and Ambassador to Jordan and Iraq.

We welcome Ambassador Ølberg to his new appointment and look forward to a fruitful cooperation.