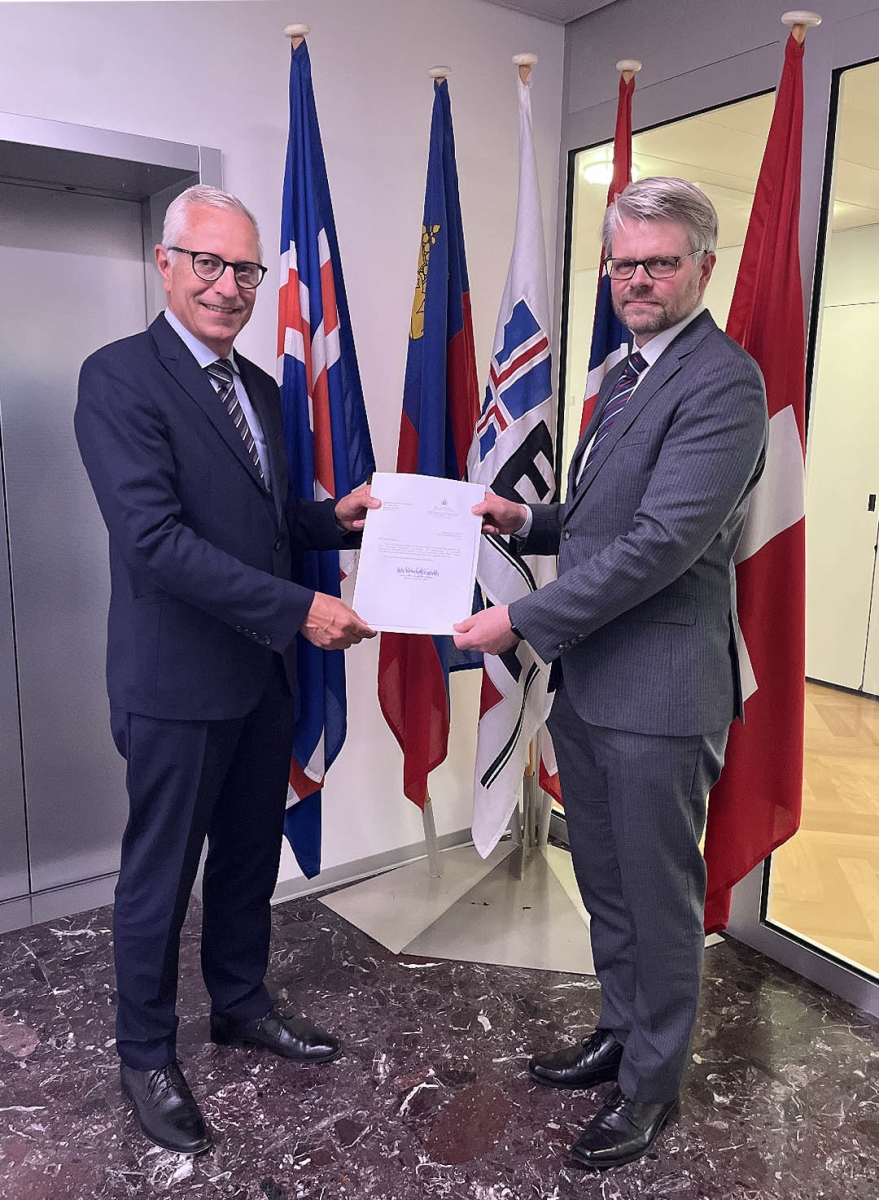 Ambassador Einar Gunnarsson met with Secretary-General Henri Gétaz on 17 August 2022 in Geneva to present his credentials as Iceland‘s representative to EFTA.

In August 2022, Ambassador Gunnarsson took up his duties as Permanent Representative of Iceland to EFTA, WTO, and other international organisations in Geneva. He succeeded Mr Harald Aspelund.

We welcome Ambassador Gunnarsson to his new appointment and look forward to a fruitful cooperation.