Liechtenstein Chair outlines EFTA Council priorities for second half of 2017 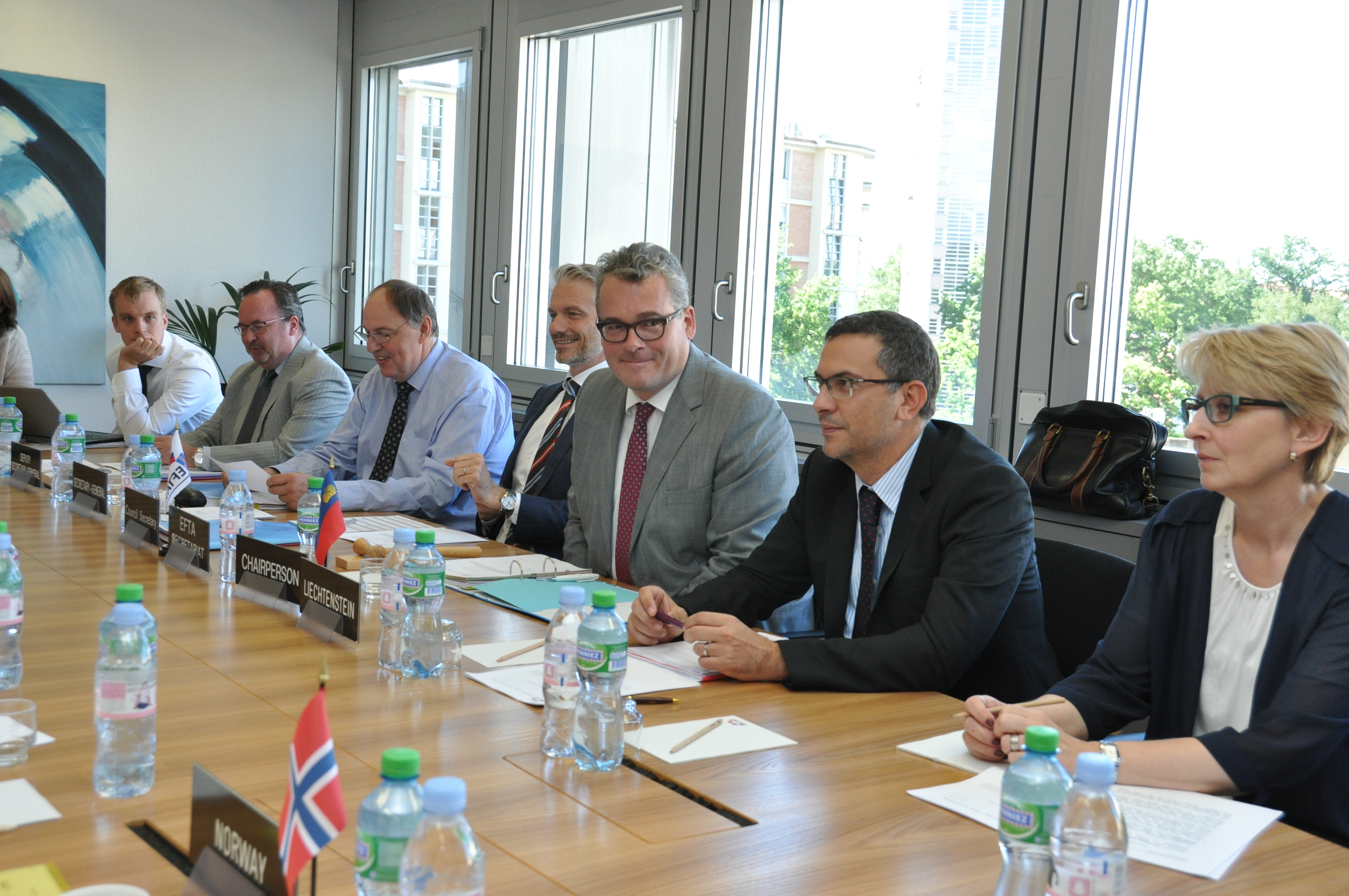 The meeting was chaired by Liechtenstein Ambassador Peter Matt (center of the picture)
Liechtenstein, holding the rotating EFTA Council Chair for the next six months, presented its priorities at the Council meeting on 13 July.

With regard to relations among the EFTA countries, the Chair put emphasis on updating the EFTA Convention in light of the evolving needs of the Member States, and on developing a common basis for future free trade negotiations, inter alia by formulating new approaches regarding trade in services and investment based on the latest developments in international trade policy.

Special emphasis will be given to relations with the United Kingdom and to the exchange of information on Brexit . An expanded legal analysis on the differences between the EFTA Convention, the EEA Agreement and the Swiss bilateral agreement with the EU will be undertaken.

Priorities during the Liechtenstein EFTA Council Chair – second half of 2017