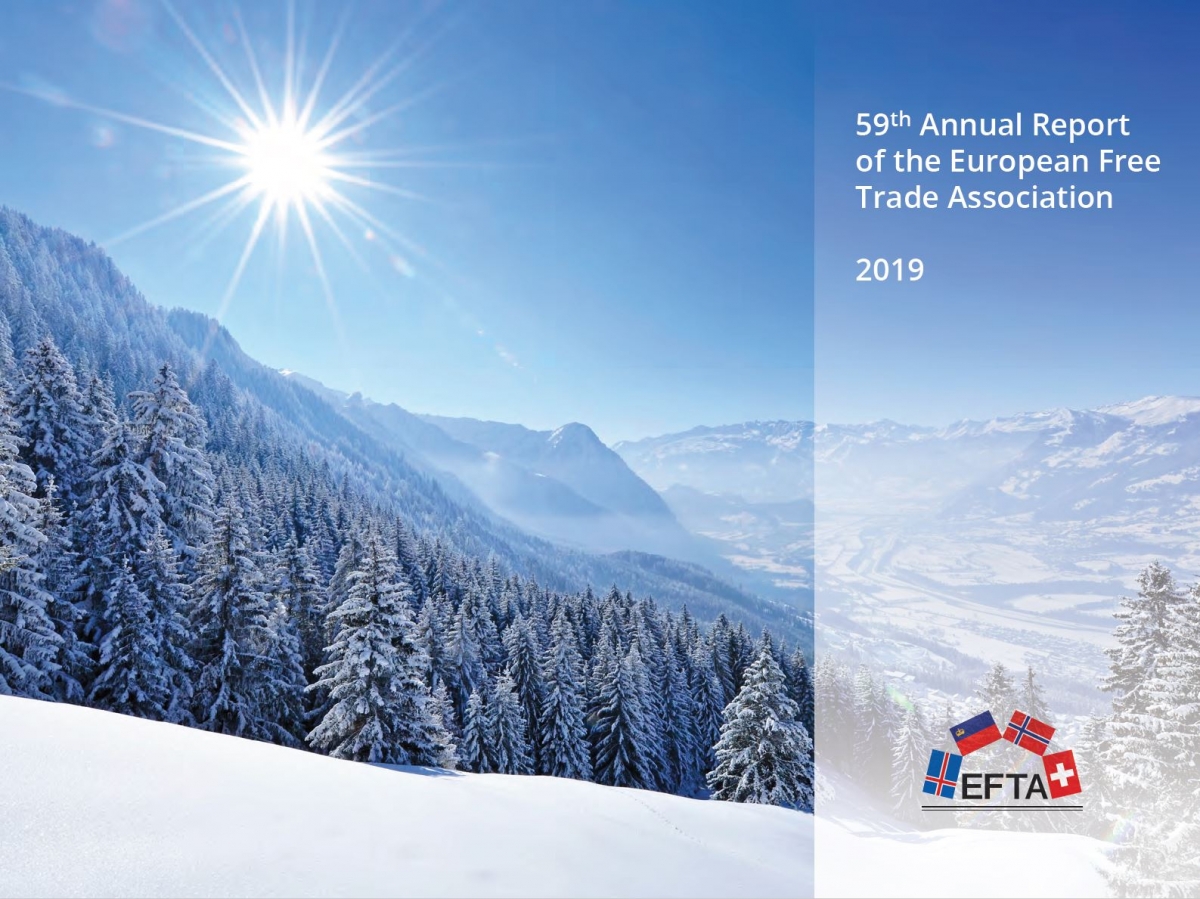 The 59th Annual Report of the European Free Trade Association has been published. The report contains an overview of the functions and activities of EFTA throughout 2019 in the areas of managing the EEA Agreement, EFTA’s worldwide network of Free Trade Agreements (FTAs) and the EFTA Convention.

2019 was marked by the 25th anniversary of the EEA Agreement, which entered into force in 1994. To celebrate this historic year, the EFTA Secretariat, together with the three EEA EFTA States, organised a series of high-level events and promotional activities. The most important event took place on 22 March, when the EEA EFTA Prime Ministers were invited to take part in a summit of the European Council, reaffirming their commitment to participate jointly in the Internal Market.

In addition, the three EEA EFTA Foreign Ministers met with representatives from the EU for a panel discussion on 20 May, where this unique partnership was analysed and celebrated.

In 2019, EFTA also made progress in expanding, updating and developing its worldwide network of free trade agreements (FTAs). The most significant milestone was to conclude, in substance, the free trade negotiations with the Latin American trading bloc Mercosur, after only two and a half years of constructive talks.

The EFTA Secretariat also continued to assist its Member States in preparing for the United Kingdom’s withdrawal from the EU. Informal consultations with the EU on EEA-relevant aspects of the UK withdrawal agreement under Article 50 took place throughout the year. Early in the year, the EEA EFTA States and the UK reached an agreement to protect citizens’ rights in the event of a no-deal Brexit.

Towards the end of 2019, EFTA also prepared for a series of events to celebrate the 60th anniversary of the Association in 2020.

The 2019 Annual Report describes these developments in more detail. Please note that as a green measure the report is only available in electronic PDF format.