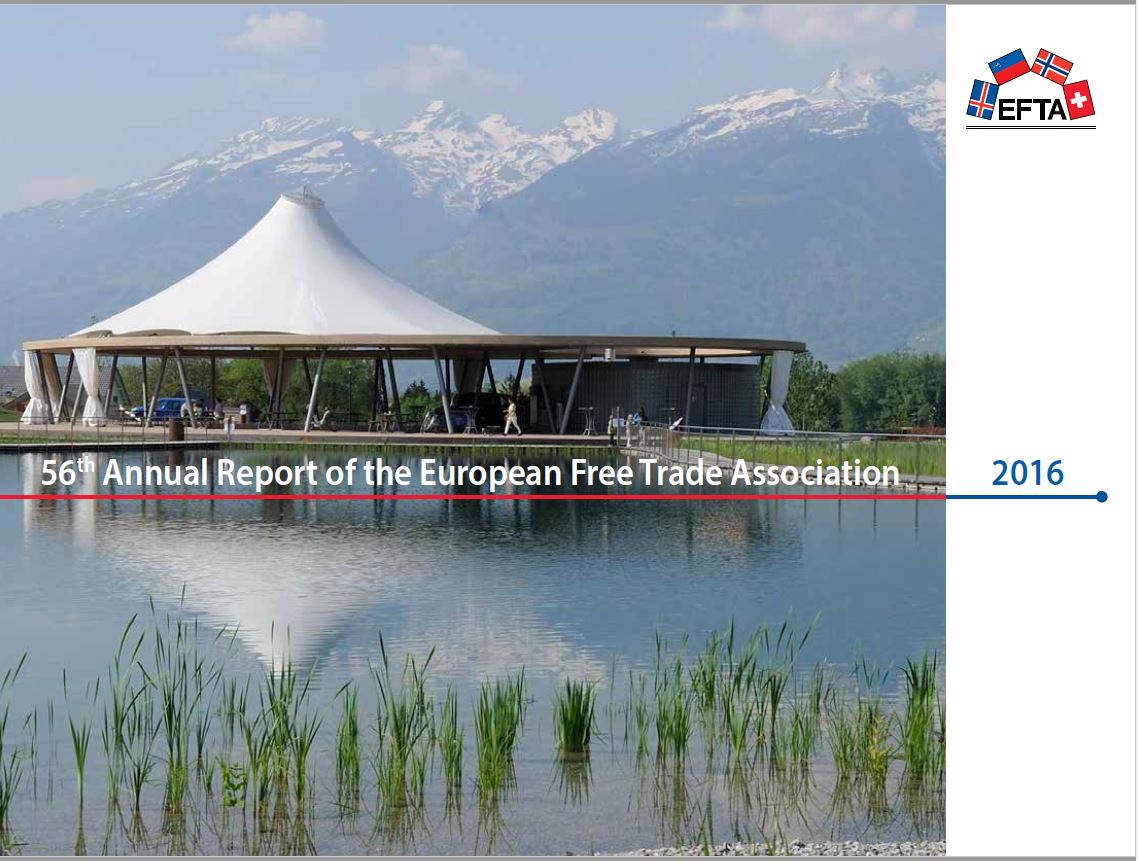 Among the highlights of EFTA’s work in relation to EEA Agreement was progress made on the Third Energy Package, the Paediatrics Regulation and the Organic Production Package. The first package of legal acts related to the European Financial Supervisory Authorities was also adopted, and work continued on preparing for the incorporation of other legislation in the field of financial services. In total, the EEA Joint Committee adopted 250 decisions incorporating 405 legal acts.

EFTA continued its ambitious pursuit of a worldwide network of FTAs, with EFTA Ministers signing FTAs with the Philippines and Georgia and launching free trade negotiations with Ecuador. Talks also continued with India, Indonesia, Malaysia and Vietnam. Additionally, work was undertaken towards the comprehensive revision and expansion of existing agreements with partners such as Canada, Chile, Mexico and Turkey.

Since the UK referendum in June 2016, the EFTA States have emphasised the importance of maintaining close economic and trade relations with the United Kingdom as an important trading partner of the EFTA countries. They have also underlined the need to provide stability and predictability in a transition to a new legal framework for economic relations with the United Kingdom and to preserve the current conditions for economic exchange and cooperation.

The 2016 Annual Report describes these developments in more detail. Please note that as a green measure the report is only available in electronic PDF format. To access the report, click here.