EFTA approves agreement on deposit of its historical archives 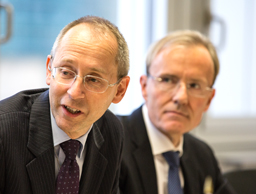 Ambassador Remigi Winzap of Switzerland, Chair of the EFTA Council, and Marc Wey, Deputy Permanent Representative of the Mission of Switzerland to EFTA and WTO
On 8 December, during its final meeting of 2014, the EFTA Council approved the budget for 2015 and an agreement regarding the deposit of EFTA documents over 30 years old at the European University Institute (EUI) in Florence.

Since 1984, the EUI has been entrusted with the task of receiving, preserving and providing public access to documents from the European institutions. Organised as the Historical Archives of the European Union (HAEU), contracts on deposits have also been made with non-EU organisations such as the Organisation for Economic Co-operation and Development (OECD) and the European Space Agency (ESA).

EFTA's agreement with the HAEU concerns the deposit of original documents from its archives for the years 1960 to 1984, which until now have been kept at EFTA's premises in Geneva. The HAEU will be in charge of conservation, classification and the preparation of an inventory of the archives, but the deposit does not affect the ownership of the files, which will remain the property of EFTA.

This meeting was the last under the Swiss chairmanship, as Liechtenstein will take over the rotating EFTA Chair for the first half of 2015. The next Council meeting is scheduled for 3 February 2015. 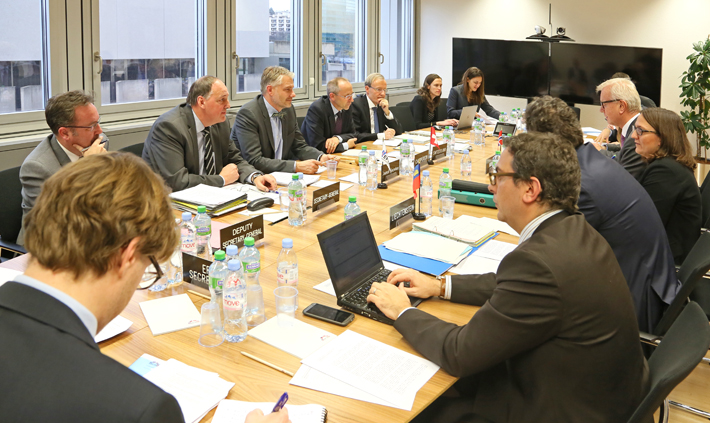