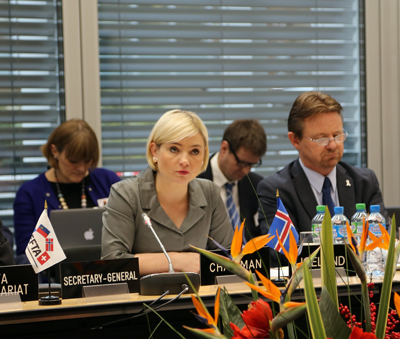 The EFTA Ministers discussed the possible consequences of the United Kingdom leaving the European Union and emphasised the importance of maintaining close economic and trade relations with the United Kingdom as an important trading partner of the EFTA countries. The Ministers also underlined the need to provide stability and predictability in a transition to a new legal framework for economic relations with the United Kingdom and to preserve the current conditions for economic exchange and cooperation. The EFTA States will consult each other towards this goal.
The Ministers reiterated their keen interest in concluding free trade agreements with India and Indonesia in 2017. Concluding these two agreements would secure improved market access to two growing economies with large domestic markets and constitutes a key objective for EFTA. At the same time they affirmed EFTA’s commitment to advancing negotiations with Malaysia and Vietnam with the aim of concluding as soon as possible. They expressed their satisfaction with the start of negotiations with Ecuador. The Ministers also expressed their support for the on-going negotiations to revise and expand the Agreement with Mexico and the upcoming negotiations with Chile. Regarding the revision and expansion of other existing free trade agreements, they underlined the readiness of the EFTA States to resume the negotiations with Turkey, to start negotiations with the Southern African Customs Union (SACU) and to continue to explore the possibility of entering into negotiations with Canada.
The Ministers welcomed the conclusion of the exploratory talks with the Mercosur States, paving the way for possible free trade negotiations in the coming year. They took note of the ongoing trade policy dialogue with the US and expressed their interest in continuing this dialogue.
The Ministers noted that the negotiating processes with Algeria, Thailand and Russia/Belarus/Kazakhstan remained on hold and agreed to continue to monitor the situation.
The EFTA Parliamentary Committee met with Ministers to discuss recent developments and priorities in EFTA’s trade relations with the world.
EFTA’s network of preferential trade relations outside the European Union currently comprises 27 free trade agreements with 38 countries and territories. Over 12 percent of EFTA’s total exports go to these trade partners and they are the source of 7.5 percent of EFTA imports. This network is complemented by 6 joint declarations on cooperation.
Find high resolution photographs from the meeting here. 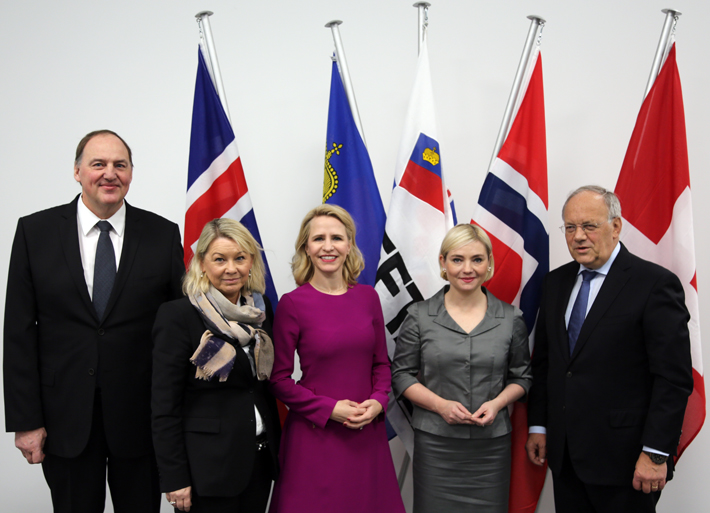