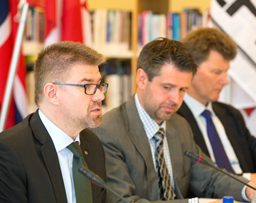 On 23 June 2014, the European Free Trade Association (EFTA) held its summer Ministerial meeting in the Westman Islands, Iceland. The meeting was chaired by Mr Gunnar Bragi Sveinsson, Minister for Foreign Affairs and External Trade of Iceland. Ministers of the four EFTA States (Iceland, Liechtenstein, Norway and Switzerland) signed a joint declaration on cooperation with the Philippines, represented by Mr Gregory L. Domingo, Secretary of Trade and Industry.

The international economic and trade environment

The Ministers welcomed the positive outcome of the Ninth WTO Ministerial Conference, held in Bali in December 2013, and called on all WTO members to continue working with flexibility and pragmatism to ensure that the momentum was maintained.

Ministers exchanged views on the ongoing negotiations between the European Union (EU) and the United States (US) on a Transatlantic Trade and Investment Partnership. Expressing satisfaction with regard to the first two meetings held under a Trade Policy Dialogue established between EFTA and the US, they underlined the importance of following developments in that process closely.

Ministers reviewed developments in EFTA's preferential trade relations. They took stock of the progress achieved in the negotiations with India and confirmed EFTA's readiness to conclude talks as soon as possible following recent elections in that country. They noted that the negotiating process with the members of the Customs Union of Russia, Belarus and Kazakhstan was currently on hold. Ministers also took note of the work undertaken so far in the negotiations with Indonesia, expressing their willingness to pursue the process after the establishment of a new government in that country in the second half of 2014. They reviewed the progress made in further negotiation rounds with Vietnam and welcomed the successful start of negotiations with Malaysia. Ministers took note of ongoing work towards accession by Guatemala to the EFTA-Central America Free Trade Agreement and expressed their expectation that this process would be concluded in 2014.

Ministers reiterated EFTA's interest in further developing existing free trade agreements. In this context, they welcomed the start of substantive discussions on expansion of the free trade agreement with Turkey and expressed their support for further exploring the possibility of new negotiations notably with Canada and Mexico.

EFTA's global network of preferential trade agreements outside the EU currently comprises 25 agreements with 35 countries and territories. Seven joint declarations on cooperation complement this network. In this context, Ministers welcomed the signing at the Ministerial meeting of a joint declaration with the Philippines and looked forward to examining possibilities of establishing free trade relations.

The EEA EFTA Ministers took stock of recent developments in the EEA Agreement. They noted that while considerable progress had been made in a number of areas in recent months, several challenging issues remained unresolved.

Ministers noted that the negotiations on a new Financial Mechanism for the period after 2014 had been launched and that discussions were continuing in order to reach a mutually acceptable solution.

Ministers noted that it was a joint responsibility of the EU and the EEA EFTA States to ensure a smooth functioning of the EEA, emphasising that solutions were urgently needed with regard to EEA EFTA participation in several EU agencies, notably the European Supervisory Authorities for financial markets as well as the agencies in the areas of energy (ACER) and telecommunications (BEREC).

Ministers reiterated that a reduction in the number of outstanding legal acts under the EEA Agreement was a priority. In this context, they welcomed the adoption of new EFTA Standing Committee procedures for the incorporation of EU acts into the EEA Agreement and underlined the importance of ensuring that these were followed up in the EEA EFTA States.

Ministers welcomed the agreement reached with the EU on the participation of the EEA EFTA States in the new generation of EU programmes for the 2014-2020 period.

Ministers were informed by Switzerland on the state and perspectives of the relations between Switzerland and the EU after the adoption in a referendum, on 9 February 2014, of an initiative "against mass immigration". The respective constitutional provisions are not compatible with the Agreement on the Free Movement of Persons (AFMP) between Switzerland and the EU nor with annex K of the EFTA Convention. In parallel to elaborating an implementation plan for these provisions, the Swiss government is in contact with its European partners in view of finding solutions concerning the AFMP and the EFTA Convention. The Swiss government aims to maintain and further develop the bilateral framework with the EU, notably by continuing negotiations, for instance, on institutional issues.

Ministers held meetings with EFTA's two advisory bodies, the Consultative Committee and the Parliamentary Committee. They discussed various issues related to the functioning of the Agreement on the European Economic Area (EEA) and recent developments in the EEA, third-country relations, and the relationship between the EU and Switzerland.

Liechtenstein: Mr Norbert Frick, Ambassador and Permanent Representative to the UN and other International Organisations in Geneva 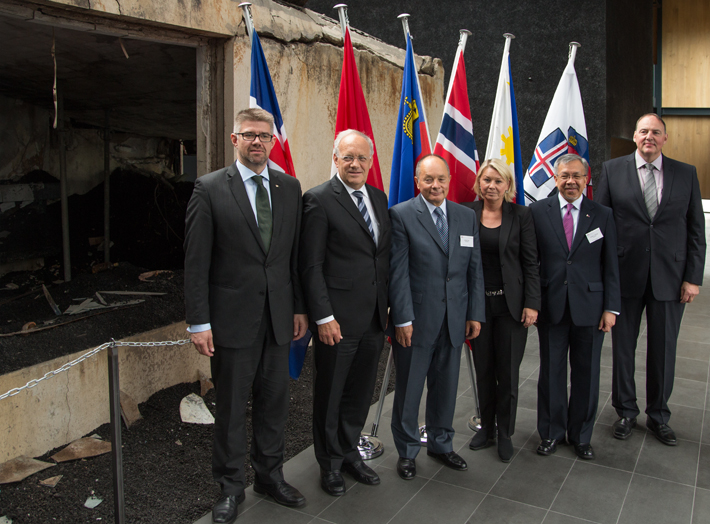 High resolution photos can be found at photos.efta.int