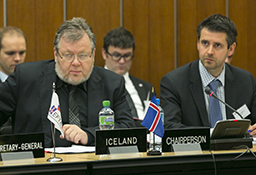 On 12 November 2012, the European Free Trade Association (EFTA) held a Ministerial Meeting in Geneva under the Chairmanship of Mr Össur Skarphéðinsson, Minister for Foreign Affairs and External Trade of Iceland. The EFTA Ministers signed a Joint Declaration on Cooperation with Pakistan, represented by Mr Shahid Bashir, Ambassador and Permanent Representative to the World Trade Organisation in Geneva.

Ministers expressed concern over weakening international economic activity and the projected slowdown in global trade this year. They underlined the importance, in such a context, of pursuing trade and investment policies that prevent protectionism and ensure open, competitive markets.

Ministers welcomed the swift progress in the free trade negotiations with the Central American States of Costa Rica, Guatemala, Honduras and Panama and looked forward to their early conclusion. They took stock of progress made in the negotiations with the Customs Union of Russia, Belarus and Kazakhstan and called for continued momentum with a view to moving closer to a conclusion. Ministers emphasised their strong interest in remaining fully engaged with India. They noted the advances made in the negotiating processes with, respectively, Indonesia and Vietnam, and expressed their wish to see these move further forward in a timely manner. They reiterated their call for a conclusion of negotiations with Bosnia and Herzegovina.

Ministers welcomed the recent announcement of the start of negotiations on a free trade agreement with Malaysia. An agreement with that partner would considerably strengthen EFTA’s network in the dynamic Asian region. They expressed their readiness to re-engage with Thailand at the earliest suitable opportunity. They agreed to further seek possibilities to deepen trade relations with countries in Sub-Saharan Africa. They called for a joint assessment of recent developments with Algeria.

Ministers met with the EFTA Parliamentary Committee to discuss recent developments and priorities in EFTA’s trade relations with the world.

High definition pictures from the meeting can be found here. 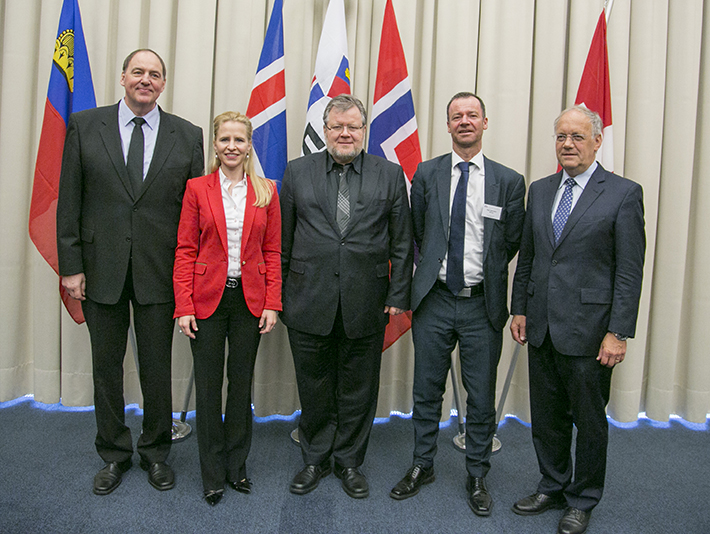