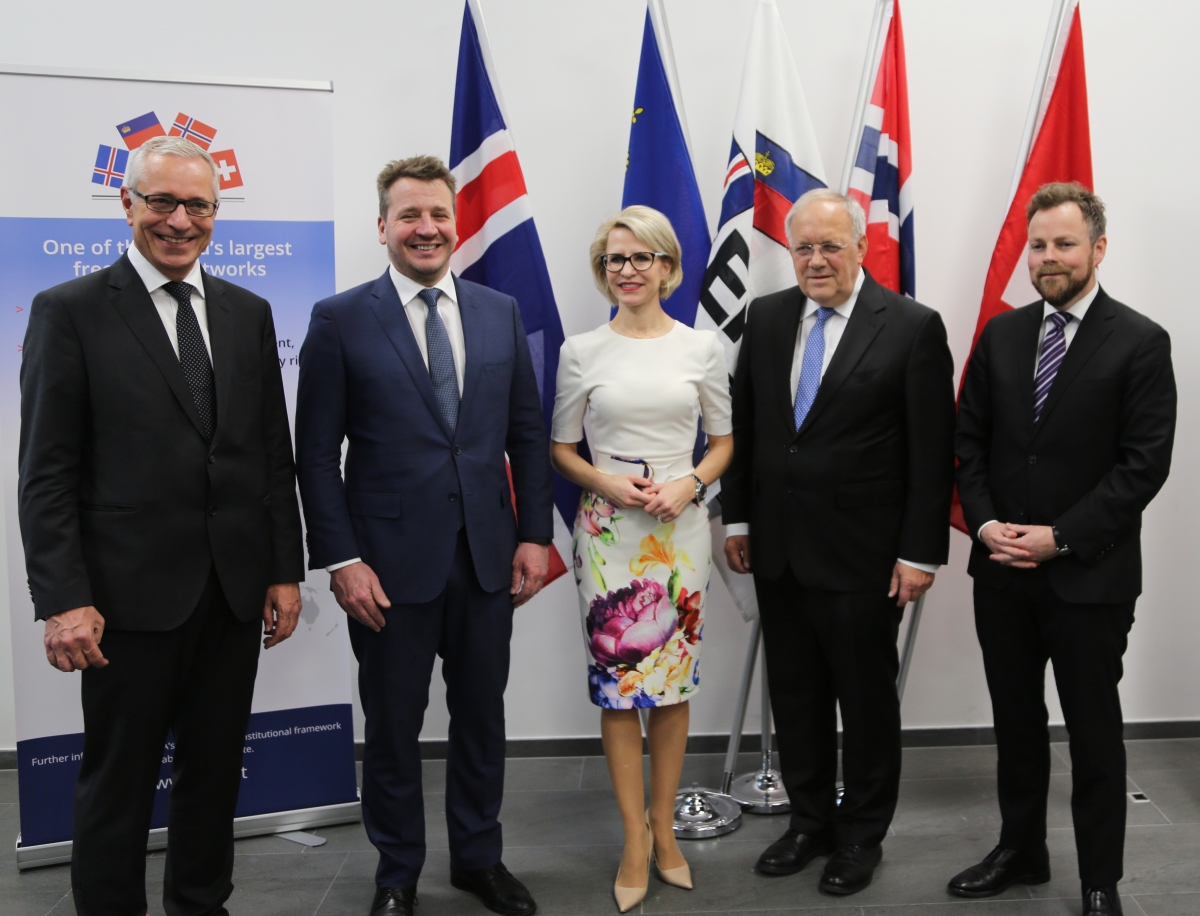 The EFTA Ministers met with Mr Enggartiasto Lukita, the Indonesian Minister of Trade, and announced in a joint statement the conclusion of the negotiations on a Comprehensive Economic Partnership Agreement (CEPA) between the EFTA States and Indonesia. The CEPA will be the EFTA States’ fifth trade agreement in this important region. It will form the basis for a further fostering of economic cooperation by establishing a good framework for trade and investment for both sides.

The EFTA Countries also used the opportunity to sign a Joint Declaration on Cooperation between EFTA and the Republic of Kosovo, represented by Minister of Trade and Industry, Mr Endrit Shala, as a first step towards closer economic relations. Ministers also met with Mr Eli Cohen, Minister of Economy and Industry of the State of Israel, and signed updated bilateral agricultural agreements which will replace the existing bilateral agreements. The agreements will improve reciprocal market access for agricultural products between the State of Israel and the EFTA States.

The Ministers discussed EFTA’s global trade strategy and priorities in the current trade policy environment, as well as EFTA’s approach to trade and gender. The EFTA Ministers furthermore confirmed their commitment to advancing negotiations with India, Mercosur, Vietnam and Malaysia. Ministers took stock of the progress in the negotiations with the South African Customs Union (SACU) on updating the existing agreement and expressed their willingness to conclude these negotiations swiftly. Moreover, they discussed the possibility of updating the Agreements with Canada, Chile and Mexico as well as perspectives and timeframe for a possible launching of FTA negotiations with Pakistan, Moldova and Kosovo. They also underlined their readiness to start technical talks with Thailand regarding a possible resumption of negotiations once conditions allow.

The EFTA Parliamentary Committee and the Consultative Committee met with Ministers to discuss EFTA’s global trade strategy, Brexit, India and EFTA’s approach to trade and gender, as well as other developments in EFTA third country relations.

EFTA’s global network of preferential trade agreements outside the EU now consists of 28 agreements with 39 partners. Six joint declarations of cooperation (JDCs) complement this network. Over 12 percent of EFTA’s total exports go to these trade partners and they are the source of 7.5 percent of EFTA imports.