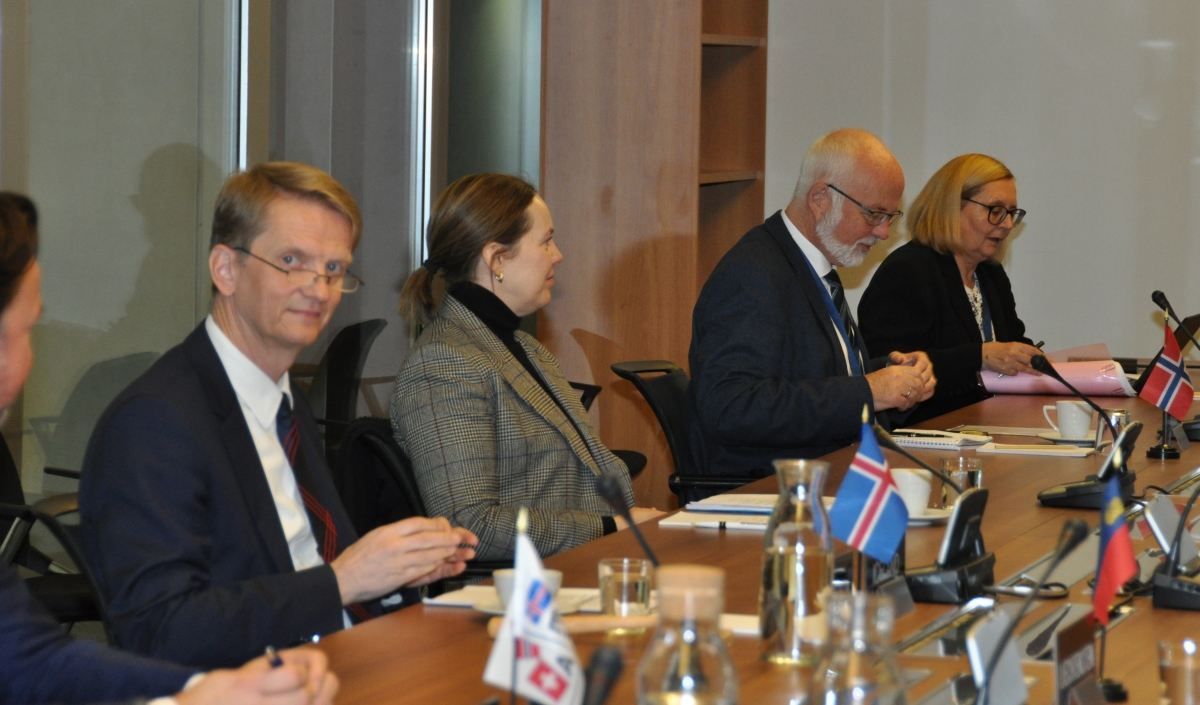 On 16 November, the EFTA Council met for the eighth time in 2021 to discuss progress on third-country trade files and horizontal issues.

Delegates approved several operating grants related to the European Standardisation Organisations and reappointed Ms Tora Struve Jarlsby as the Norwegian member of the EFTA Board of Auditors “at four”.

The EFTA Secretariat briefed the Council on activities relating to the EEA Agreement, including the upcoming EEA Council on 24 November, the meetings of the EFTA advisory bodies, and the formal inauguration of EFTA House in the presence of EEA EFTA Ministers on the same day. The Secretariat also reported on EEA EFTA Comments on the Digital Markets Act and the Digital Services Act, which had been widely distributed in Brussels.

The Secretariat updated the Council on the status of horizontal trade issues, including the implementation of the trade and sustainable development monitoring system and the FTA preference utilisation rates project.

The next meeting of the Council is scheduled for 13 December.