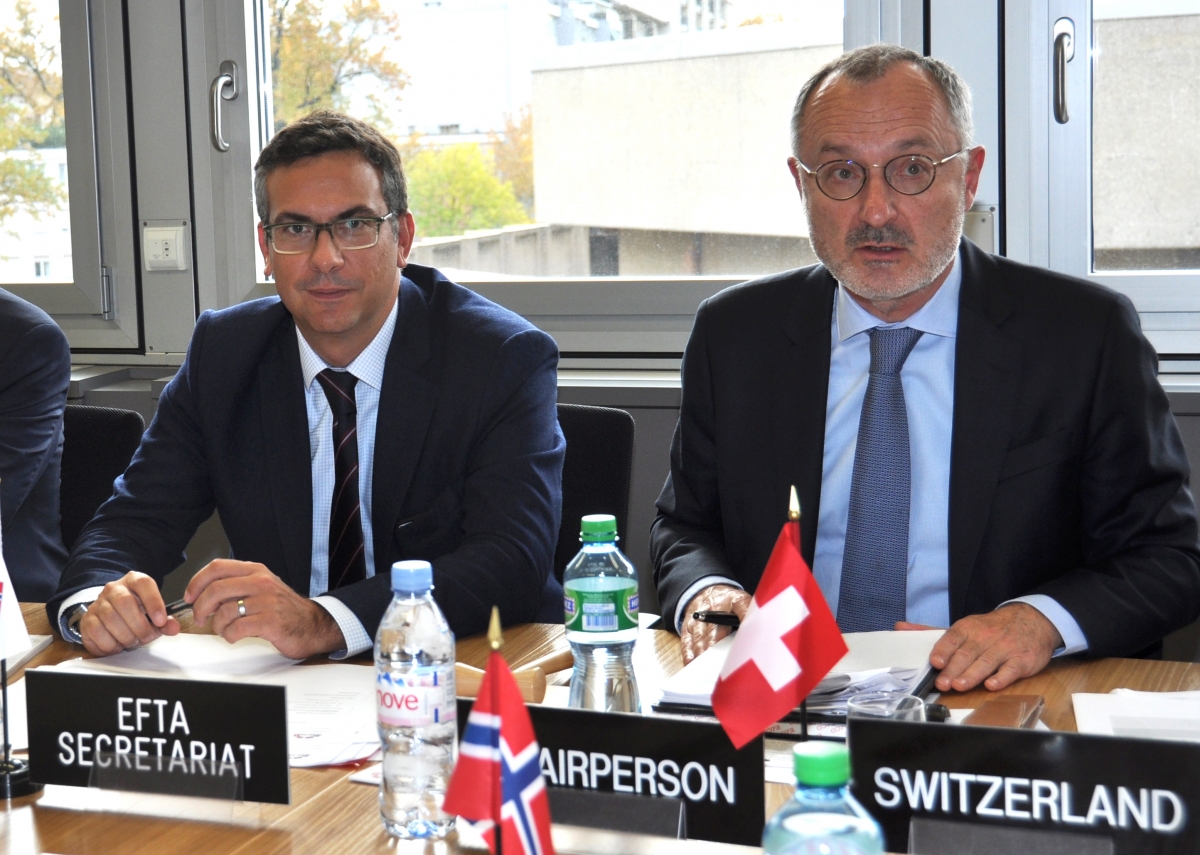 The meeting was chaired by Swiss Ambassador Didier Chambovey (right), with EFTA Deputy Secretary-General Pascal Schafhauser (left).
The EFTA Council met in Geneva on 8 November 2018 for its eight meeting in 2018.

The Council also discussed current free trade negotiations and related processes. These were namely the 5th round of negotiations held with Mercosur in October 2018 and the free trade agreement that has been concluded in principle with Indonesia in the end of October 2018.

The EFTA Council is the highest governing body of EFTA. The Council usually meets eight times a year at Ambassadorial level (Heads of Permanent Delegations to EFTA) and twice a year at Ministerial level. The next Council meeting is scheduled to take place on 11 December 2018.

The priorities of the Swiss Chair until the end of 2018 are available on the EFTA website.