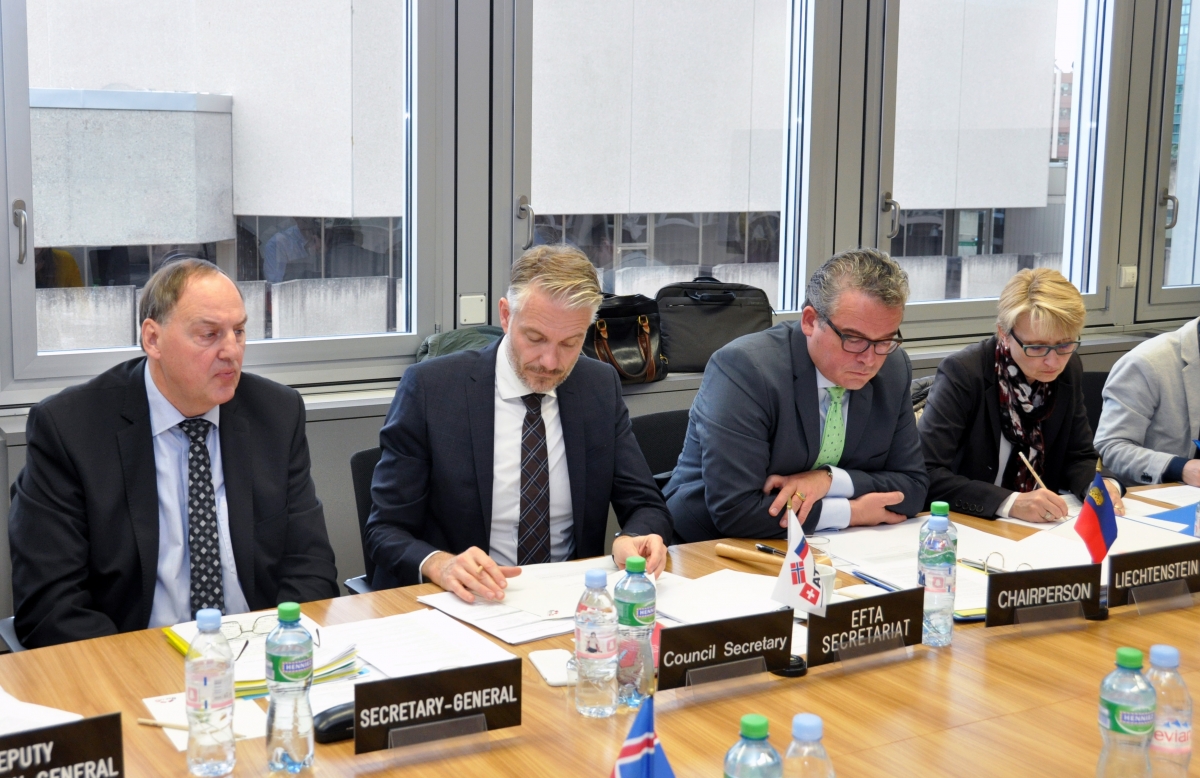 Preparations for the upcoming EFTA Ministerial meeting was on the agenda at the eight meeting of the EFTA Council.
Preparations for the upcoming EFTA Ministerial meeting, ongoing free trade negotiations and public access to documents were among the issues discussed at the eight meeting of the EFTA Council in Geneva today, 9 November.
The EFTA Ministers will meet in Geneva on 24 November to take stock of free trade relation and to consult with the EFTA Parliamentary Committee. The EFTA States are currently engaged in negotiations on free trade agreements with six new partner countries and negotiating modernisation of older agreements.
The EFTA Council took a decision to produce a new document ‘EFTA Council Conclusion’ after each meeting in order to give the public greater insight into decisions adopted at the Council meetings. The Council Conclusions will be accessible through the Register on the EFTA website.
The EFTA Council is the highest governing body of EFTA. The Council usually meets eight times a year at Ambassadorial level (Heads of Permanent Delegations to EFTA) and twice a year at Ministerial level. In the Council meetings, the delegations consult with one another, negotiate and decide upon policy issues regarding EFTA. Each Member State is represented and decisions are reached through consensus.
Share this
Email Facebook Twitter Google Plus LinkedIn