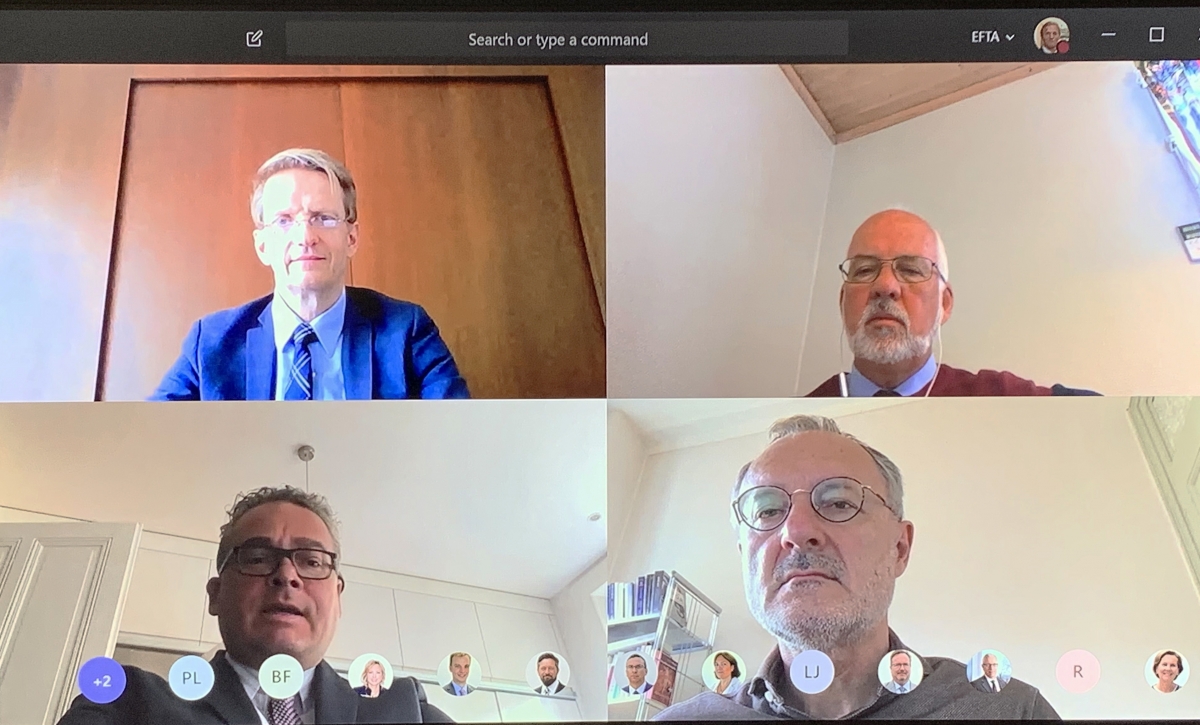 The EFTA Council met through videoconference on 14 May 2020, under the Swiss Chairmanship. During the meeting delegates discussed the recent round of negotiations between EFTA and Chile that had been successfully conducted via videoconference from 27 to 30 April. They also considered the upcoming political exchange in June.

Traditionally, the EFTA Ministerial meeting takes place in one of the Member States in June every year. Due to the current COVID-19 situation, this meeting has been postponed to the autumn. In order for the four EFTA Ministers to touch base during a period of important developments in world trade, an informal exchange by videoconference is planned for 8 June. Delegates at the Council meeting discussed the agenda and practical arrangements for this exchange.

The Council also took note of the Council’s decision to prolong the Swiss Chairmanship until the end of 2020. The 2020 Ministerial meeting and the envisaged anniversary conference will therefore still be hosted by Switzerland despite their postponement due to the special circumstances linked to the COVID-19 situation.

The EFTA Advisory bodies will also take part in the informal conference of the ministers. Both committees (Parliamentary and Consultative) have been active during the current lockdown, holding several thematic meetings on issues high on the trade and economic agenda.

Council delegates also discussed relations between the EFTA States and the UK, as well as state of play in EU-UK negotiations.

Further information on the Council Chairmanship can be found on the EFTA website.

The Council Conclusions are available after the Council meetings on the EFTA Register.