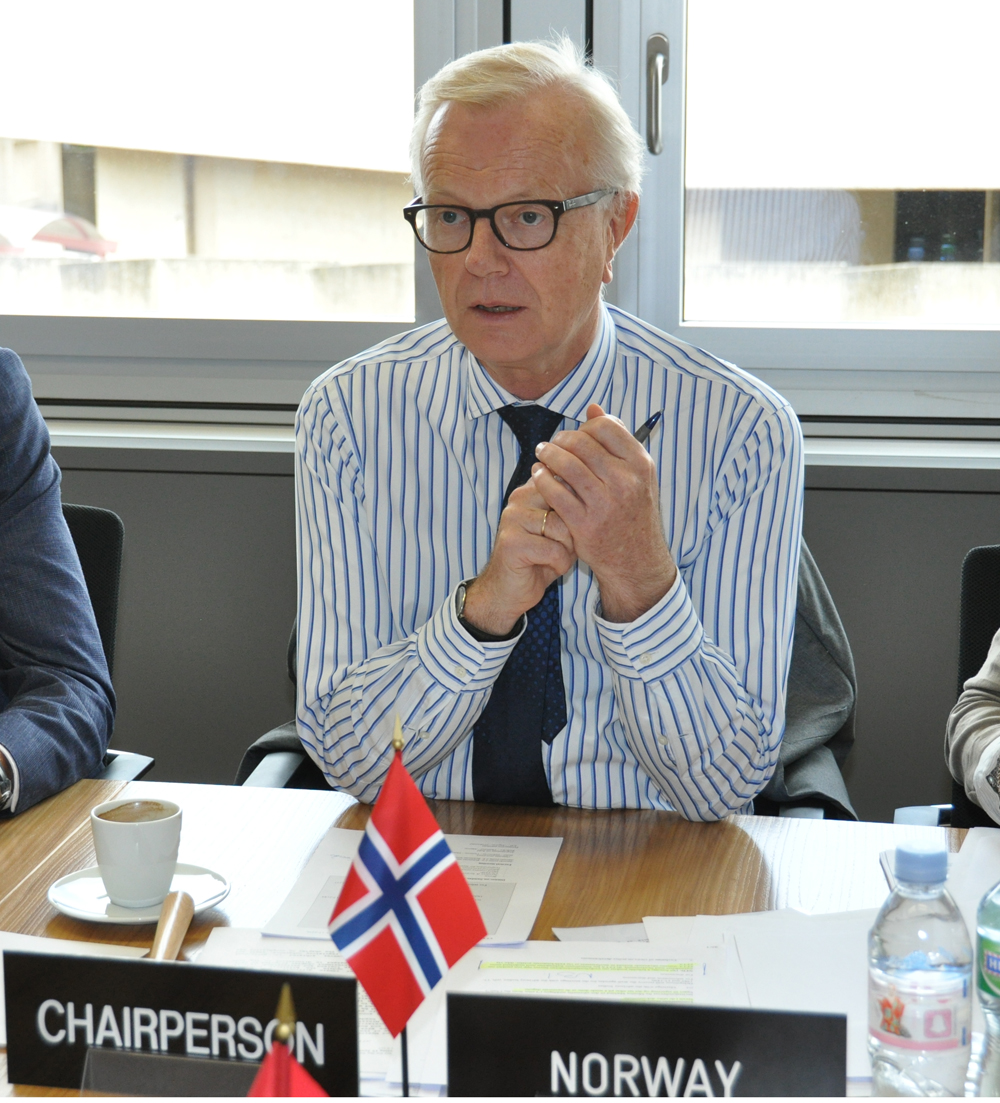 Today's meeting was the last under the chairmanship of Norwegian Ambassador Harald Neple.
On 15 June in Geneva, at the last meeting in 2017 chaired by Norway, the EFTA Council discussed preparations for the EFTA Ministerial meeting in Longyearbyen on 26 June 2017.
As Council Chair for the first half of 2017, Norway will host the summer Ministerial meeting in Longyearbyen on 26 June, with Minister of Trade and Industry Monica Mæland as Chair. In addition to their own deliberations, Ministers will meet with EFTA’s two advisory bodies, the Consultative Committee and the Parliamentary Committee, to discuss recent developments in the European Economic Area (EEA) and relations with the EU, as well as developments in EFTA’s expanding free trade network and in international trade.
At the meeting in Geneva, EFTA’s Secretary-General, Kristinn F. Árnason, informed the Council of the incorporation of major EU legal acts at the EEA Joint Committee meeting just two days previously, including the Roaming Regulation. The incorporation of this act means that there will no longer be any difference between domestic and European prices for roaming in the 28 EU countries and the three EEA EFTA States.
The Council also discussed the state of play of current free trade negotiations, in particular recent negotiating rounds with India and Mexico.
The next Council meeting is planned for 13 July, under the chairmanship of Liechtenstein.
Share this
Email Facebook Twitter Google Plus LinkedIn